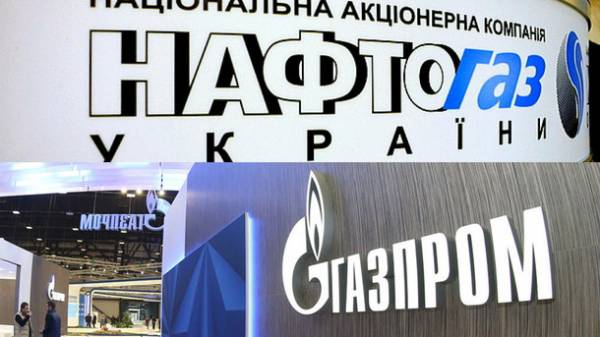 Today Ukraine expects the first decision of the Stockholm arbitration by mutual claims of “Naftogaz” and “Gazprom”. Such decisions will be few, but the most important of them – the first, experts say. In addition, the main goal for Ukraine was the abolition of the principle of “take-or-pay”, written in the gas contract, experts say.

“The decisions of the arbitration will be several. But after the first lot will become clear. After all, it will determine the principles that will be adopted for all subsequent sentences in the largest commercial process in history,” – said the Director of the research Center of energy Alexander Kharchenko column on nv.ua.

The Deputy Minister of foreign Affairs of Ukraine on European integration Olena zerkal has warned that any decision will first be interpreted as a victory by both sides.

“This is logical, because the decision will not be immediately public. It is a great life, more than 500 pages, this is the analysis that conducted the arbitration, and resolutional part – the results”, – quotes the mirror “Interfax”.

The Deputy Minister also said that it would be given a specific time for the parties to make calculations by the formula together. If the experts do not come to a common opinion who owes what to whom, the arbitration will make the final decision on the basis of these calculations.

Target Ukraine: what will win?

Kharchenko also emphasizes that a major victory for Ukraine can become a scathing indictment of the principle of “take-or-pay”. “If in itself, this requirement will be reflected is already a victory”, – said Kharchenko.

Agree with him and the mirror. “The best solution for us is the decision to lift the burden of the obligation to “take-or-pay”, that is the interpretation which imposes on us, “Gazprom” at which we need to buy 52 billion cubic meters of gas, it is for us the most painful. Despite the fact that the contract provides for the viewing, and revision rates, and all the other things, but again this was not done, and we hope that the decision of the Stockholm arbitration it will be done,” – said zerkal on the air “channel 5”.

As pointed out by Kharchenko, any decrease in the price of gas compared to that which is in the contract of purchase and sale – is a very positive result.

“Ukraine today is in a judicial war with Russia in the International court of justice, trade disputes within the world trade organization and the European court of human rights. Victory in Stockholm will make our position stronger in all instances. Both sides understand well that the decision of the Stockholm arbitration will affect the economic and geopolitical processes between the two countries and Ukraine’s position in Europe as a whole. The victory is very expensive,” – said Kharchenko.

Naftogaz urged the court recognized the principle of “take-or-pay” is not applicable in the world practice; also, the Ukrainian side believes is not a market contract formula determined gas prices. Also, “Naftogaz” demanded the return of 17,87 billion for gas purchased since may 20, 2011 to October 2015.