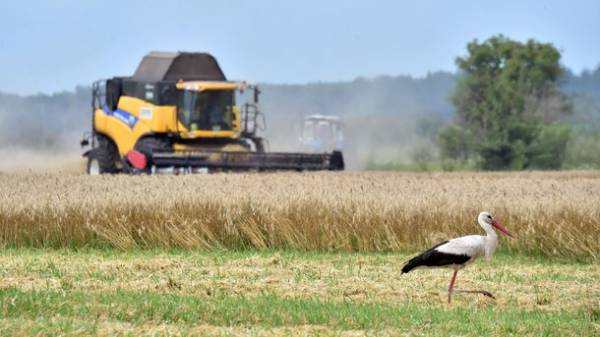 After finishing work in Ukraine mission of the International monetary Fund summed up results of the visit. “Today” has learned what the forecast for the Ukrainian economy made in the IMF and what is needed to receive the next tranche.

TWO REFORMS. The delegation of the Foundation visited Ukraine from may 16 to may 26, by studying the success of our government in the economy and developments on key reforms. In its final statement the mission confirmed the GDP growth in 2017 by 2%. “The Ukrainian economy continues to recover, and the immediate Outlook remains positive — by the end of the year inflation will fall below 10%,” — said in his report to the head of mission Ron van Rooden. The official added that structural reforms remain critical for the development of our country. And stated that under the next tranche of $1.9 billion, scheduled on schedule on 15 August, the Ukrainian Parliament should adopt two reforms — of the pension and land.

According to the Prime Minister Vladimir Groysman, the draft law of the pension reform the government has already approved. It is directed for consideration to the national Council of reforms, and after their assessment the Prime Minister will ask the Parliament to support the document. “The concept of pension reform was presented by Prime Minister to the Verkhovna Rada, but the document have not yet”, — reported in turn, the speaker of Parliament Andriy Parubiy.
With regard to land reform, the first Deputy Minister of agrarian policy Maxim Martyniuk promised that the Cabinet will soon “finalizes” its key provisions in June will give the people’s representatives. “Just yesterday we had a meeting with the Prime Minister about the reform. Now decided that we during the week we prepare a concept, agree to it together with all participants of the market and then go to the regions to present specific proposals. This gradual introduction of a land market, and the question of how much can be sold in one hand, ban the sale to foreigners and so on. Only after the public will filter out the concept, it will be approved by the Cabinet and will go to Parliament”, — told us the Deputy head of the Verkhovna Rada Committee on agrarian policy and land relations Oleksandr Bakumenko. He also added that they will take land reform, probably by the end of this year.

HOSTAGES. The political scientist Ruslan Bortnik recalls that according to the Memorandum on cooperation between Ukraine and the IMF, the pension reform had to take back in April, land in may. “Why the IMF makes concessions? They know that depriving Ukraine of support will lead to political cataclysms within the country and the defeat of their policy here. Comes uncomfortable for the IMF point of responsibility to our inner guidance and the global financial elites. The Foundation, in a sense, is us hostage. Therefore, they often do not agree on the question, and the attempt of its decisions — for example, for a registration bill, even without its adoption. Therefore, the financing will certainly continue, even if not be 100% implemented the Memorandum,” he says.

Thus, according to experts, under these questions the MPs can extend the plenary session until September, and both reforms will try to take until the end of the year. “Pension reform before the holidays (start on 15 July. — Ed.) Happy will take. And it will be a compromise between the IMF, the Parliament and the government. With regard to land reform it is not accepted and will work on it further. But the IMF is satisfied until and pension reform, and tranche we will under land reform in advance. In principle, you can count on 15 August,” said politekspert Vadim Karasev.

Two more requirements. The IMF also demand that the Ukrainian government “to ensure concrete results in efforts to combat corruption and to speed up the privatization process”. In particular, it is about creating a special anti-corruption courts — the bill and the Memorandum shall be adopted prior to June 15, 2017. In addition, the Parliament must give NAB the opportunity (without the approval of the SBU) to wiretap suspects and to intercept messages and use agents. Here the deadline expires at the end of may. Finally, the deadline of the adoption of the law on privatization was postponed from the end of December 2016 at the end of August 2017.