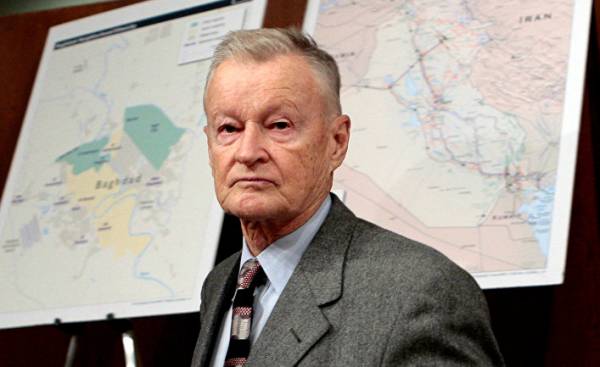 Until recently it seemed that Zbigniew Brzezinski will live forever. Such a large and lasting footprint he left in world politics. Him for the uncompromising and constant struggle against world communism forever in the Soviet Union and then in Russia enrolled in the hawks.

A sensation in its time was his book “the Grand chessboard”. In it, he for the first time in Western science formulated in concentrated form, the position that without Ukraine, the restoration of the Russian Empire is impossible. Not to say that Brzezinski was a pioneer. The famous Polish philosopher Leszek Kolakowski in a slightly different form, expressed similar thoughts. Nevertheless, Zbigniew Brzezinski, gives this situation systemic.

Interestingly, while in the second half of the 1990s in Moscow, quite different from the present political situation, the book made a strong effect. Personally had to watch some confused people who identify themselves as liberals and Democrats. The idea that Ukraine is one of the cornerstones of the revival of the Russian Empire, no matter under what name or alias, with difficulty made their way through the Imperial mental jungle.

I remember in one edition of the liberal magazine during the discussion of the book confidential Brzezinski said that the aged policy should not pay much attention, Ukraine and Russia are again integrated, but certainly not in the new Soviet Union, and democratic state. Just pole can not forgive the old historical grievances, that invents some kind of chessboard of the world scale.

If it was limited only to a lack of understanding in the Russian capital. Much more important and more dangerous for us that the book Brzezinski realized not everyone in our country. Primarily, a significant part of our extremely narrow-minded and greedy elite. It’s possible that then listening to the forecasts and analysis of the outstanding scientist, we would be saved from many troubles, which are now and for some time will experience.

The Russian leadership is now desperately looking for a solution to the problem of exit from diplomatic and economic isolation. To do this, spent a lot of money, held all kinds of activities, but nothing happens. The West is uncompromising and everything is in place.

In his manner Zbigniew Brzezinski in one of his last interviews clearly indicated the way of solving the problem. “First of all, Ukraine is a legitimate power, which is in the process of transformation into a national state”. However, Russia “… will be for some time to save the vain hope of reintegration and the subordination of Kiev to Moscow.” It is clear that none of this will be. Moreover, the Crimean problem will afflict Russia’s relations not only with Ukraine but also the West. “Russia’s aggression in Crimea is not historically justified and is a constant source of tension. But I hope the Russians will understand that it is not in their interest to act in an imperialist manner… Long-term relationships between Ukraine and Russia is impossible until this problem is resolved to mutual agreement”.

During the Clinton administration, Brzezinski was the author of the strategy of NATO enlargement to the East. His attitude to Ukraine was taking and organizational forms. In particular, he was Chairman of the American-Ukrainian Advisory Committee.

After the Second world war he was able to make the trip home. “I realized that I was not a pole, but an American of Polish descent… Poland is the home of my childhood, the source of my historical and cultural identity.” However, he recognizes that America became his homeland and opened “a huge opportunity”.

The concept that the so-called Soviet-style socialism has been eroded, it was realized, when Brzezinski was in 1977-1981. assistant to President Jimmy Carter’s national security. Despite the opposition of the state Department, Brzezinski made a trip to Warsaw, met with cardinal Wyszynski and recognized the Polish Catholic Church opposition force. It was Brzezinski held a hard line in American politics, which actually prevented a military invasion of the USSR in Poland, in which a great deal of power acquired the “Solidarity”movement.

Along with this, the United States actively support the opposition movement in the GDR and Czechoslovakia. Brzezinski has made great efforts to protect Ukrainian dissidents, prisoners of conscience. He contributed to the liberation of Vyacheslav Chornovil and Valentyn Moroz.

By his own admission, Brzezinski has never been indifferent to Ukraine. One reason for this — in the personal, sentimental attitude towards it. “I like the Ukraine. I’m happy to see her independent.” In geostrategic terms, he took her along with Azerbaijan, South Korea, Turkey and Iran’s role was “a matter of geopolitical center”.

In his works he constantly expressed three major provisions.

In the first place. The independence of Ukraine — one of the three most important events in Europe after the collapse after the First world war, imperialist Germany and the Austro-Hungarian Empire, the division of the continent due to the Second world war.

Secondly. As long as Ukraine is independent, the restoration of the Russian Empire is impossible.

In the third place. Ukraine in its historical roots and cultural traditions is an organic part of Europe.

At the round table in the Polish capital, “the Desire of Ukraine to Mature statehood” in 2007, Brzezinski said that “Ukraine should not hesitate to tell your younger sister to Russia that she should learn from her political culture.”

Need to have 10 years later, after a politician said the great words about our country, there was every reason to repeat them again. 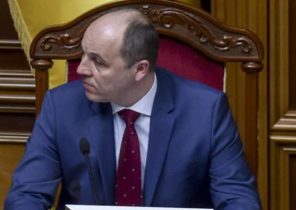