In 2016 consumer inflation in Ukraine fell in December it was 12.4%, while in 2015, consumer prices rose by 43.3%. The level of inflation at year end was close to the forecasts of the National Bank of Ukraine (NBU) at the level of 12%. Thus, the inflation target for 2016 is achieved, the press service of the NBU.

The rapid decline in inflation, according to the national Bank, was primarily due to fundamental factors. Also contributed moderate growth in prices for raw foods. The main factors of rising prices were raised tariffs for housing and communal services and fuel rise in price.

“Lower inflation, helped moderate volatility in the exchange rate of the hryvnia, which were observed during most of the year due to the favorable situation on foreign markets, receipts from the export of high-yield grain and oil, and measures of the National Bank”, – said the NBU.

During 2016 the price of goods that are mainly imported appliances, clothing and footwear went up less than a year ago, and for some products even fell. For example, the cheaper audio – and video equipment, and equipment for information processing. Also significantly slowed the growth of prices for food products with a high degree of processing, which is associated with secondary effects from lower inflation raw food. “The rise in prices for crude foodstuffs slowed to 1.2% in 2016 (as opposed to 40.7% in 2015). This was influenced by a number of factors … In particular, we are talking about the high yields in Ukraine – cereals, vegetables and selected fruits (apples), and in other countries – citrus,” said the national Bank.

In addition, the trade policy of the Russian Federation in respect of Ukraine (the food embargo from the beginning of 2016), and other countries provided the highest offer of food products on the Ukrainian market. For example, trade sanctions of the Russian Federation on the supply of certain agricultural products of Turkish origin has led to the increase in the supply of fruit and vegetables on the market of Ukraine and, accordingly, reduction of prices, particularly tangerines and oranges, tomatoes and cucumbers.

The price of borsch set vegetables declined by 43.1% yoy.

Meat prices have increased quite restrained due to restrictions on the export of pork and chicken due to an unstable epizootic situation.

Prices and tariffs regulated by administrative, in 2016 increased by 34.6% in annual terms. “Although the increase was significantly lower than in 2015 (64,4%), it was the main reason of growth of consumer prices in 2016,” – says the NBU.

Fuel prices in 2016, increased by 19.5% (12.3% in 2015). The acceleration of price growth reflected the rise in oil prices on world markets and a moderate devaluation of the hryvnia according to the NBU.

As reported, the NBU predicts now achieving 8% inflation at the end of 2017. 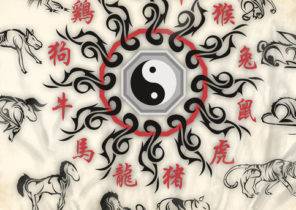