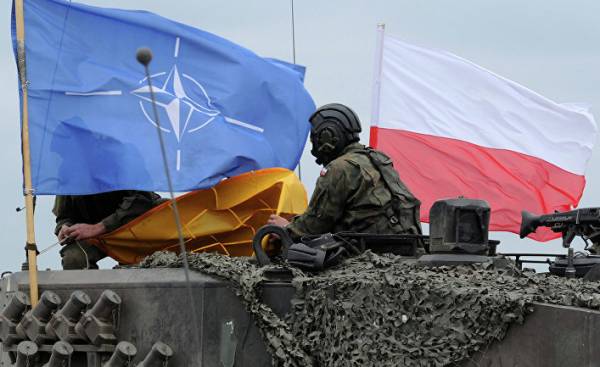 Fronda.pl: the concept of national defence of Poland’s main threat called Russia. The prospect that it will unleash a conflict with one or more members of NATO, looks pretty real right referred to in this document. How serious the danger threatening Poland?

Przemysław żurawski vel grajewski: I think the direct threat that in the coming months, events will start to develop in a dramatic way, no. However, to completely rule that out. Here I mean the teachings of the “West-2017”, which will be this year, especially on a large scale. Currently, the prospect of gloomy scenarios associated rather with the desire of Russia to check up on the Baltic States as NATO remains cohesive. But the window of opportunity is getting here, fortunately, more and more narrow. The deployment of NATO forces on the Eastern flank reduces the likelihood that Moscow will decide to take such steps. It’s one thing to decide to engage in a military clash with soldiers from Lithuania, Latvia, Estonia or Poland, and the other with military from Britain, USA or perhaps Canada.

This development is due to the actions of a potential aggressor — Russia. She may not believe in treaties, but sees the real presence of NATO troops on the Eastern flank and in areas threatened by potential Russian provocations. In this sense, although the situation in terms of numbers of military personnel still remains unsatisfactory, at a political level through the establishment of the above mechanism, has been a qualitative leap.

We are talking about increasing security. Here there is a certain element of risk, because the Russians realize that time is working against them. The revival of NATO, which began in 2014 after the Russian invasion of Ukraine, brings all new fruits. Next countries in our region decide to increase military spending. The decline in military budgets that had seemed dominant, failed to stop. However, the manifestations of the material effects of these decisions will have to wait. The window of opportunity for Russian provocations closed. Russia is aware of that creates her tension. Due to the difficult economic situation (which does not allow to “buy” domestic stability with economic growth), Putin was the only way to win the support of the Russians. He has to show them the “Imperial” progress, which Russia now is trying to achieve.

Another problematic issue is the Ukraine, where the conflict is not about territory, and with the foundations of the Putin regime in Russia. Here we can draw an analogy with the situation of the Commonwealth in the period of the Four-year Sejm (1788-1792 this the diet of years, implemented a series of reforms of the political system of the country — approx. TRANS.).

In that period the success of the reforms has shaken the stability of the absolute monarchies, adjacent to Poland. Now a similar situation we see in the relations between Ukraine and Russia. The success of the first can shake the stability of “sovereign democracy” that is Putin’s authoritarianism. It is a threat to the internal stability of the Putin regime, so Russia seeks to destabilize his neighbors. This creates a dangerous atmosphere, which takes into account the new Polish security strategy. Appreciate it should be in this context.

Added to this destabilization of southern Europe, associated with the migration crisis, the conflict in the middle East and the terrorist threat, which have an impact on the domestic political scene. Radical changes have taken place, for example, in France: none of the traditional parties after the elections has not retained the status of a leading force. A series of terrorist attacks recently occurred in Germany, and one in Manchester.

In addition, soon in Germany and France will hold parliamentary elections. In Spain the visible tension in connection with the question of Catalonia. Development dynamics of political situation in the West creates temptation. If in one of the leading States of Western Europe a crisis, Russia might consider it a good time to check out what the priorities are guided by the West, whether it will be properly to respond to threats that occur on the Eastern flank of NATO. The key role here will play the United States. They still remain a reliable stronghold of deterrence, and nothing indicates that this will change. So, in my opinion, poles can face the future with a certain optimism.

— Employees of the Pentagon, the United States believes that the exercises “West-2017” can take part to 100 thousand people. Passing maneuvers are including in the Kaliningrad region. In this regard, the Americans are going to increase its military presence in the Baltic sea and to closely monitor the situation. Can these exercises be reborn in the conflict?

Every large concentration of troops at the border, under whatever pretext it may happen, is the appearance of specific military capabilities that can be used for a surprise attack. To illustrate the scale of the problem, suffice it to say that in the last exercise to transport equipment needed about a hundred cars, and now ordered more 4100. This shows how large scale maneuvers will acquire this year. In addition, in 2013 in Russia raise troops on alert after a call from the Kremlin: Putin gives them the order to go on unplanned exercises. So regardless of official plans, the number of participants may increase. All this poses a threat to the sovereignty of Belarus.

— If it will be such a mass of troops, the question arises, whether they go there and who will lead this country. Russia already has great influence there. I understand the arguments pointing to the fact that Belarus is already subject to Moscow, and that the military operation does not make sense. But, first, this submission is not complete. Lukashenko — not the Governor of Moscow, and the dictator in their own country. Secondly, due to the fact that Russia has penetrated deeply into the security structures of the Belarusian state, it may deem that to win the Imperial triumph in this area will not be so difficult. The attack on the Ukraine or the Baltic States carries too high military risks. The first remains a strong country with a 200-strong army, which in recent years are tough. To win it, but it’s too expensive. As for the Baltic States, there is a risk to start a war with NATO. In Belarus, at first glance, no big risks, so there is a risk. Russia may come out on a broad front to the border with Poland and the Baltic States and to have an opportunity to arrange provocations — for example, on a national basis. At the same time it will allow Moscow to approach from the rear of Ukrainian troops, as well as give her a variety of opportunities in the field of propaganda and geopolitics. Of course, this is also going to need money, but will pay for all ordinary Russians, not Putin.

The very essence of the Russian regime makes to treat it with caution and take into account the fact that dictatorships tend a short chain of decision-making. In democratic countries make the decision on the use of troops is possible only after coordination of various state institutions, which constrain the irresponsible antics of the leaders, as in dictatorships, this chain is short, sometimes it consists of only one person. Therefore, the risk is so great.

— There were reports that Russia is creating a percussion unit in the airborne troops. This is testimony to its readiness to aggression?

— In Russia there are many shock units like special forces, so the news about the creation of another little difference, in strategic terms, although from a journalistic point of view, it looks sensational. This is nothing new. In my opinion, it is part of the propaganda war muscle-flexing and pressure on neighboring States. Moscow says: be afraid, give in, or we will strike. I would understand these messages.