During a meeting of the Cabinet of Ministers of the Council of Europe, Ukraine called on the delegations of the participating countries to increase pressure on Russia to stop the shelling of Avdeevka. This is stated in the press service of mission of Ukraine to the Council of Europe, the TV channel “112 Ukraine”.

In particular, the Deputy Minister of foreign Affairs of Ukraine Sergiy Kyslytsya drew attention to the humanitarian crisis in the area of Avdeevka and Yasinovataya. He emphasized the efforts of the Ukrainian government, volunteers and the red cross to assist the people.

Ukraine has stressed that Russia controls the actions of the so-called “DNR” and noted that in the last three days, Russian-terrorist forces used massively Minsk agreements prohibited weapon and ignored the appeals of Ukraine to the ceasefire.

As previously reported, Ukraine has submitted the question of the situation in the Donbass at the meeting of the Committee of Ministers of the Council of Europe.

Recall, the Secretary General of the Council of Europe thorbjørn Jagland called for an end to the fighting in the Donbass, and to observe the ceasefire. 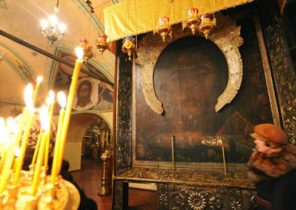