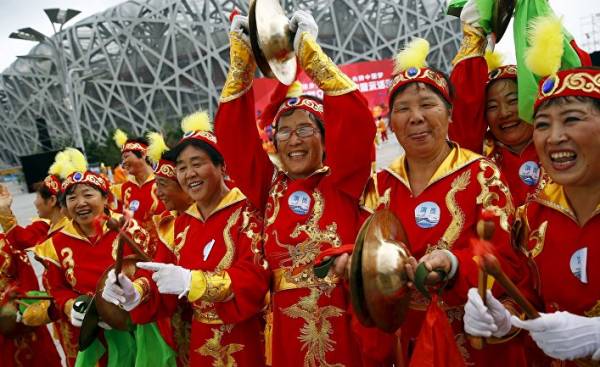 In recent years, Sino-Russian cooperation demonstrates the dynamic pace of development not only in political and economic spheres, but also in the Humanities and even in sports areas.

Boom in the development of sports cooperation is characterized by the holding of joint sports events, training of specialists in the field of sports, exchange of experience in the preparation and organization of international competitions, etc.

So, in the territory of the two countries are held regularly in the Chinese-Russian youth sports games. To joint the competition adds more interesting sports projects, such as Sino-Russian youth winter Olympics, the international rally “silk way” etc.

For example, the international rally “silk road-2016” was launched on 8 July on the red square in Moscow and finished on July 24 in Beijing in the main sports facility of the 2008 Olympics.

The rally was attended by 150 crews SUVs and trucks from 40 countries. For 16 days, the participants drove in a few dozen cities of Russia, Kazakhstan and China, breaking more than 10 thousand kilometers.

Currently, the Chinese and Russian sides are negotiating on the organization of the rally “silk road-2017”. In the field of mass sport also introduces a number of important events. In the last two or three years a great interest among Chinese youth is a fitness marathon, organized by the Chinese-Russian Committee of friendship, peace and development and the Council for healthy lifestyle of the Committee.

“We see that developing traditional sports in which we can help and provide each other assistance in the penetration of cultures”, — said Deputy Chairman of the Russian-Chinese Committee for peace, friendship and development Boris Titov.

“The Russian side wants to attract more athletes and coaches in the field of tai Chi and other traditional martial arts and gymnastics in order to conduct classes in Russia, and here priesti European forms of mass sports, such as fitness”, he said.

In the border areas of China and Russia cooperation is a regular and institutional character. Each year, the traditional international swim across the river Heilongjiang (Amur) and other event sports exchange.

Russian and Chinese experts emphasize great prospects for cooperation in the field of winter sports. Titov hopes that the rollers in China will be more instructors from Russia, who will teach children skating.

“Olympic champion and the famous Russian figure skater Tatiana Navka is going to develop his school in China,” — said Titov.

Another winter sport that has enormous potential of cooperation, Titov called hockey. “The first professional team in China has created and is called “Red star Kunlun”. She plays in the KHL and already achieves initial success,” he said.

Sports organizations and bodies of China and Russia closely cooperate in the exchange of experience on organization of competitions and training. In particular, Russia expressed its readiness to transfer to China experience in the preparation of the winter Olympics.

“We are now negotiating with the Chinese side on the possible use of the infrastructure of the Russian international Olympic University (RIOU) for the training of Chinese specialists,” — said co-Chairman of the Council for healthy lifestyle of the Russian-Chinese Committee of friendship, peace and development Sergey Kolushev.

In addition, the institution plans to open branch in China, which will help promote bilateral cooperation in the field of training talented athletes.

The branch will be created during the year after receiving permission from the appropriate authorities of the two countries.