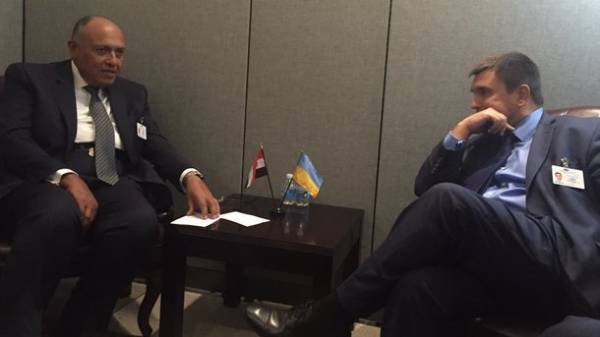 “With the Minister of foreign Affairs of Egypt, by S. shoukry. A lot of interesting ideas on how to intensify our bilateral relations”, – she wrote on Twitter.