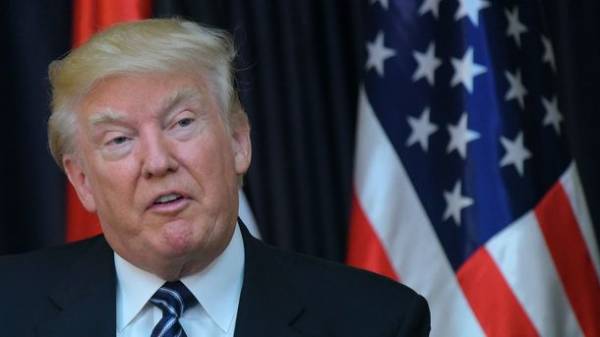 Now about 40% of Americans are staunch opponents of Donald trump, while 19% are absolute supporters. Another 22% of people agree to support the President if he’s going to do what they want. In addition, 19% dissatisfied with the President but willing to change my opinion that he got “good job” with their work.

But the most important point is the fact that 79% of supporters trump the criticism against him on his account. There is no doubt that if trump or his team cooperated with Russia, it should be investigated. However, many opponents of trump want him gone right now, even before many had read the headlines about its cooperation with Russia. If you start to accelerate this process, half of the population thinks that they stole the President. Now the United States is not as United in their views.

After Watergate conservatives can change the country and many do not trust the media. However, many opponents trump don’t want to wait, which may cause the conviction on the ground and endangered the entire American democracy. Many trump supporters will support him no matter what. However, others will be able to change their minds about him as he will not cope with their work. In the 2020 elections-the Democrats will be able to support and President that they want and the Republicans to abandon support for the unpopular trump. Impeach Trump can break the country in two. And the expectation of new elections may be the lesser of two evils.

Earlier, CNN reported that the White house is considered unlikely impeachment trump. Although the lawyers of the President of the United States are considering how to protect it from the ouster. In March vidnna Newsweek wrote that the US Democrats are looking for reasons to impeach trump. Political opponents expect a public hearing of the standing Committee on intelligence will give the necessary evidence against the President.

As reported, in the United States and Britain rising rates of bookmakers on the impeachment trump.