The Ministry of foreign Affairs (MFA) of Ukraine is studying the situation around failing about a hundred Ukrainian passengers to leave Sharjah international airport in United Arab Emirates (UAE). This was announced by Director of Department of policy and communications Ministry Alexei Makeyev, reports “Radio Freedom”.

“Regarding this outrage sent a note to the UAE foreign Ministry and a letter from the airline. The Consul is at the airport. According to the results of communication with Belarusian and Kazakh embassies, the situation with the citizens of their countries – similar. The airline is unable to take care of the passengers. Volodymyr Omelyan (Minister of infrastructure of Ukraine – Ed.) joined in, too. Do everything you can, ” said Makeev.

Thus he responded to a request from one of the passengers, which called on Ukrainian diplomats to intervene in the situation.

It was reported that about a hundred of Ukrainian tourists a few days can’t fly home from the UAE and stay at the airport of Sharjah. 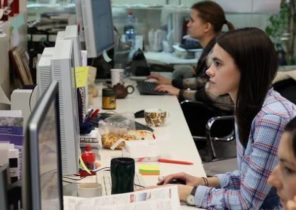 Why ISIS is recruiting people in Uzbekistan and Kyrgyzstan