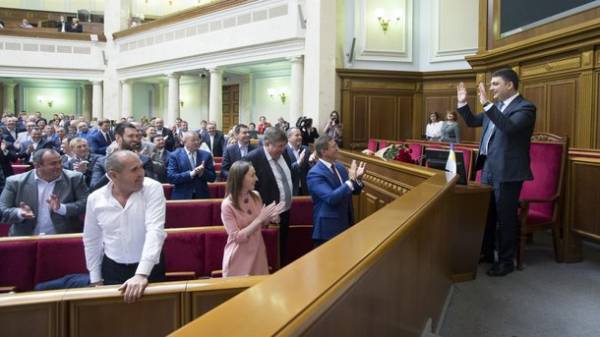 The Cabinet of Ministers is not obliged to publicly report before Parliament in the Verkhovna Rada.

This “Today” said the people’s Deputy from “Blok of Petro Poroshenko” Igor gryniv.

According to him, probably tomorrow government report will not.

The Deputy head of the faction PPO Alexey Goncharenko in an interview with “Today” said that this issue is not even the faction was not discussed.

The Deputy head of the faction “people’s front” Victoria syumar told “Today” that the government’s report today is not political need.

“The report has already taken place, he presented some key figures. Obviously, this is a political issue. Today the political will to listen to the report by making some decisions there,” – said syumar.

We will remind, in February, the Vladimir Groysman reported to Parliament on the results of work of the government in 2016. Summing up, the Prime Minister spoke about the stabilization of the economy, infrastructure as well as work in the social field.

May 19 Groysman suggested the MPs next week to consider the question of confidence or no confidence to his government. The President’s representative in Parliament, the BPP’s Deputy Irina Lutsenko admitted that the report, in the Parliament will be held in the coming weeks.