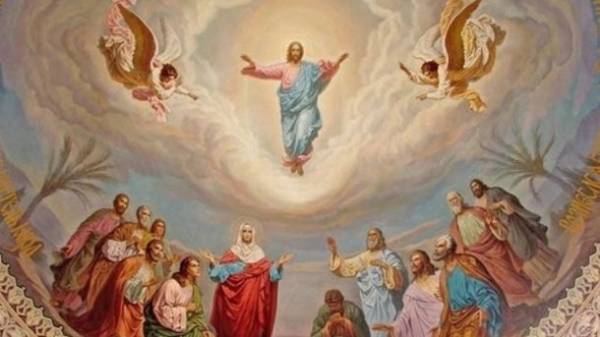 Orthodox Christians today, one of the twelve most important days of the year – the great feast of the Ascension of Christ.

According to the information Center of the Ukrainian Orthodox Church, speaking about the history of the holiday, Chancellor of the UOC Metropolitan Anthony (Pakanich) recalled that on this day our Lord Jesus Christ made his last appearance to His disciples, and then visibly ascended to heaven.

“Today ended the forty days during which we celebrated the Passover.

On the fortieth day after the Resurrection the Lord said goodbye to His disciples on the mount of olives, and separated before His Second Coming. But why this breakup has brought the Holy apostles happy? On the day of the ascension, Christ raised human nature to the Throne of God the Father. Christ’s disciples knew that the Lord ascended into heaven in order to prepare for the adoption of Their followers. As we know from Holy Scripture, even at the last supper, Lord, consoling the disciples, and said: “it is better For you that I go to the Father. Because I prepare a place for you that where I am, and I will send you from the Father spirit, the Comforter, Who will guide you into all truth” (cf: Jn. 14, 28),” – said Metropolitan Anthony.

Recall that according to the gospel, for forty days after His Resurrection Jesus Christ was with his disciples, told them about the Kingdom of God and taught them how to preach Christianity.

On the fortieth day Christ appeared to the apostles in Jerusalem and together they went up to mount Olivet. There Christ gave the disciples final instructions and their eyes ascended into heaven.