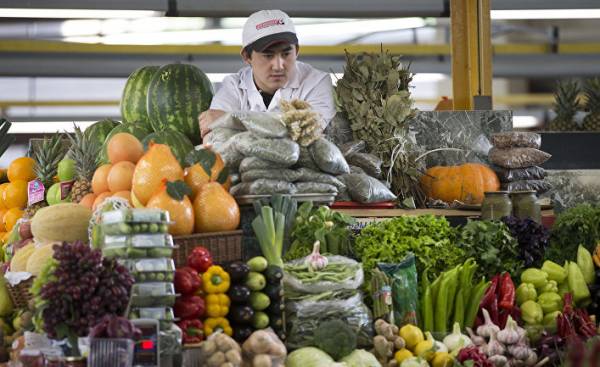 Osttüringer Zeitung: the European Union must decide whether to prolong sanctions after July 31. What effects are expected in this scenario for the Russian economy?

Heinrich, Steinhauer: I think sanctions will be extended. It brings harm, but also benefit the Russian economy. Diversification develops, that is, the domestic economy develops new sectors that were previously occupied. Value added in the country is growing.

— That is, Russia would benefit from sanctions?

— I believe that the sanctions will give Russia a new power. With the help of sanctions is the external pressure, which develops new economic region. Example — the agriculture in Russia are imported only some categories of goods of daily consumption, the country is self-sufficient, except for some luxury products and exotic fruits. Russia itself has become an exporter. It may be transferred to other economic sectors.

— A Thuringian enterprises are afraid of the sanctions to continue trading with Russia. Appropriate?

— Let’s start with the fact that sanctions affected only a small number of industries, meaning there is ample opportunity to continue trade relations with Russia. Of the 1000 entrepreneurs, we had to reject only seven from a possible violation of the sanctions regime. Consistency and reliability are very important prerequisites. The one who leaves no partner and operates within a legal framework, lays the Foundation for future business.

— Why companies should not wait?

Markets never remain long unoccupied. If they are filled in, left out, and often for a long time. And again, you need to pay a high price. It would be a fatal error to leave its own network in Russia.

— Which economic sectors have the Thuringian companies have the chance to new export deals with Russia?

— In all industrial fields, involving technology that is not subject to sanctions. Russia is committed to the good of technology — this German company can benefit from.

— Many companies discourages corruption. It really is so widespread?

— Corruption exists. But the fact that it perceives the West, is a myth. Corruption exists in Germany, although in exceptional cases. In Russia, these exceptions occur slightly more often. But the state in recent years, more actively fighting corruption.