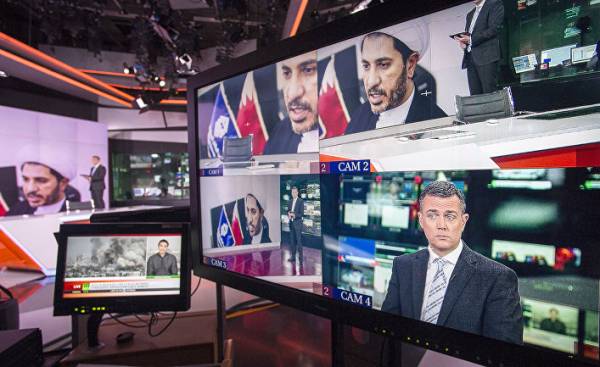 In retrospect the front lines of the cold war, the West, NATO and democracy on the one hand, and the East, the Warsaw Pact and dictatorship, on the other — seem obvious and taken for granted. The result of this war — the collapse of the Soviet Union — is now seen as though he was predestinated. But for the fifty years, during which lasted the cold war, the front lines were often not so obvious, and the end result was unclear.

Of course, immediately after the Second world war, when the Communist party was still strong, it was far from clear that Europe will end up in the same ideological camp as the United States. Another difficult phase was the 1970s, years after the Vietnam war, U.S. allies around the world questioned American leadership, arranging demonstrations at us embassies and calling for the closure of us bases.

The Soviet Union sought to use these moments of weakness. Since the 1940-ies, the USSR was created and contained a network of Pro-Soviet Newspapers and journalists around the world, using them for retelling those myths that the Soviet Union told its people, and to spread conspiracy theories about the United States. The most famous of them is the assertion that “AIDS was created in labs of the CIA” — was first published by the Pro-Soviet Indian newspaper (The Patriot), after which it was picked up by scientists from East Germany. In the end, this theory is widespread in 20 countries of the world.

Then to spread the theory that “AIDS was invented by the CIA” took two years. Today, conspiracy theories can spread through networks of bots and trolls in seconds. But even then, to counter the propaganda, it was necessary to determine its nature, to explain its principles and define its boundaries. In other words, some of the authorities were to decide that misinformation is a problem, and attract people to figured out how this problem.

In the end, it happened — it did not only the United States. In 1940-ies, the British government created the Department of information studies — secret research group, which collected materials about the realities of Soviet life and secretly handed them over to politicians and journalists across Europe. In the 1980’s, the US government has established a working group on counter-active measures (Active Measures Working Group), a small interdepartmental service that watched the ever-changing Soviet propaganda messages and develop responses. Over time, the United States began aggressively to threaten the Soviet Union with sanctions and did so as long as Moscow has not ceased to spread the myth that the “CIA invented AIDS”. There were UPS and downs, successes and failures. But, in the end, Soviet propaganda never managed to win the hearts and minds — in part because the US and its allies this propaganda opposed.

Why is this story so important today? Because we live in such a difficult time, fraught with dramatic consequences, when the international alliances unstable, changing before our eyes. The international reputation of the US, many countries fell. And abroad and in the United States conspiracy theories are created and distributed with unprecedented ease and speed. Today part of the US population believes that Russian President Vladimir Putin is a “Christian” leader who is fighting against the “Islamic state” (banned in Russia — approx. ed.) in Syria. In fact, his government repressed religious groups are harassed and generally not particularly interested in the fight against “Islamic state”.

But at the moment neither the US nor the West does not undertake systematic action in response to the misinformation spread by Russia, China and the “Islamic state”. Work to identify this misinformation and its monitoring is conducted regularly. The U.S. government has no special group or service that would accomplish this task. And through the efforts of Secretary Rex Tillerson, it seems, in the near future they too will not be.

Despite the decision of Congress about the funding of 80 million dollars, Tillerson refused to spend the money. As stated by the assistant Tillerson Robert Hammond (Robert Hammond), the case, of course, is not the lack of a plan for the spending of these funds. Officials of the state Department told me that discussions on this issue are making good progress. The reason is not that the state Department had no opportunity to spend this money or this office has too many bureaucrats. From the beginning it was planned to create a small internal group for the expenditure of significant funds for the state Department and other government agencies. For example, to Finance Russian-language media, which can debunk the myths distributed by Russian media, much better than the foreign service.

The real reason is that we have in the White house is a President, Harry Truman, Ronald Reagan or, frankly, even Jimmy Carter. We have no President, and therefore, we have a Secretary of state who wants to stop the spread of conspiracy theories, to promote democracy, strengthen alliances and to protect the international reputation of America. Instead of the President, who believes distributable foreign States misinformation problem to be addressed, we have a President who believes that it serves his interests. In other words, if it was the cold war, we would have lost. 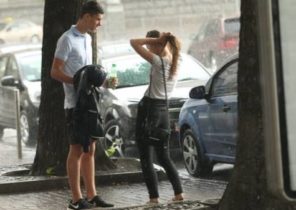