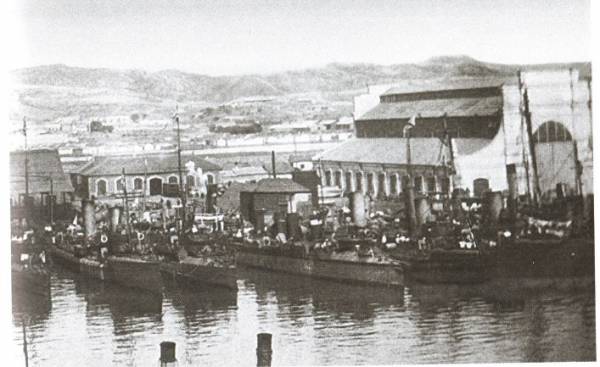 When the Russian fleet on may 27, 1905 approached the island of Tsushima in the Korean Strait, the tsarist Empire was considered a European power that can afford to participate in “remaking” the existing world order. When the next day the remnants of its Armada escaped to Vladivostok and in the direction of the Philippines, suddenly it became obvious that the ratio of the forces of imperialism will have to build again from scratch. In the face of Japan for the first time an Asian country defeated a European country, and not in some “little” colonial war and in the naval battle, which involved the most modern technology of the time. At the battle of Tsushima had destroyed 21 Russian ship, in particular, four of the latest combat ship.

About the Russo-Japanese war of 1904-1905 in Germany now few people remember. Although its results were of great importance for the country, a few years later the First world war erased any memory of her. This is the Russo-Japanese war played a key role in world history — some historians even proposed to call it “world war Zero”. Because her scale became a reference point for future wars. So, the battle of Mukden (now called Shenyang city) was the largest since the Battle of the Nations at Leipzig in 1813. A naval battle at Tsushima was the first, which came the modern warships of the time.

How the Russo-Japanese war was the forerunner of the two world wars and determined their magnitude, very clearly described in his book “Tsushima 1905” historian and japanologist Jacob Frank (Jacob Frank). This can be called the history of the revolutionary paradigm shift. Thanks to the victory over tsarist Russia, Japan became the first non-Western country, included in the club of world powers. And the next generation of its inhabitants went to conquer the world. In turn, Russia’s unexpected defeat has determined its further development. The revolution of 1905 to the authorities by a lot of bloodshed failed to suppress, but it has become a model of both revolutions of 1917. On this basis arose the Soviet Union.

However, Frank Jacob was not enough for these, by and large, well-known results of the conflict, and he began deeper research. Thus, Russia, having suffered defeat in the far East, was forced once again to concentrate on Europe, to establish closer relations with France and later with England. At the same time in the tsarist Empire began an active modernization, which in Germany is perceived as a great danger. In the end, both circumstances led to the outbreak of the First world war.

But looking on the scale of “world war Zero”, the contemporaries made her important insights. So, after the battle at Tsushima, it became clear that it is necessary to develop a new warship, which would be high speed, have reliable armor, and was armed with heavy artillery. The same applies to logistics. The fact that Russia is on the extreme flank of its territory could be in conflict with Japan, was largely associated with the construction of the TRANS-Siberian railroad, which made possible the deployment of a modern army in the region.

Thus the real goal of the Russians was not Japan but China. Like rulers of other powers, the king wanted to get a piece of the pie the fading of China. In 1898, Russia was able to get Port Arthur, located geographically more profitable Vladivostok and also not susceptible to freezing water. Competing claims on Manchuria eventually led to the beginning of 1904 to the rupture of diplomatic relations between Tokyo and St. Petersburg. But the outbreak of the Russo-Japanese war on 8 February was not an official Declaration of war and attack the Japanese fleet at Port Arthur.

Cocky arrogance, characteristic of Europeans, was characterized and the Tsar Nicholas II and his advisers: they did not take the Japanese seriously. Accordingly, the preparations for a possible military campaign was carried out half-heartedly. Already had time to meet in Port Arthur Russian ships were blocked by the Japanese, osadovsky fortress. Russian generals, in turn, buying time to take advantage of the numerical and (supposedly) the technological superiority of their forces. However, this meant the tedious transfer to the front of troops on a single-track TRANS-Siberian railway with a length of more than six thousand kilometers.

At the same time the ships of the Baltic fleet was ordered to go urgently to the far East to demonstrate the Japanese Navy their own superiority. 55-year-old rear Admiral Zinovy Rozhestvensky was appointed commander of the Second Pacific squadron. Urgently was completed four warships, and many older large ships and warships equipped with additional weapons. At the same time, as has happened before, the Russians had decided to abandon the additional crew training, not expecting that the ships stay in the far East will last long.

For this they had to pay already in the North sea when the Russians shortly after the start of the campaign in October, 1904, and knocked out several British fishing vessels, mistaking them for Japanese torpedo bombers. And even generous compensation for the damage is not made annoyed the British to give the Russians permission to use their bases to replenish their stocks. Thus, the Russian operation had to be carried in the open sea, which proved extremely inconvenient and also delayed their trip.

However, whatever it was, large warships continued on his way to the far East via the Cape of Good Hope, while the smaller ships went through the Suez canal. Their goal was to Madagascar, where they miraculously do get. In the meantime, however, the strategic situation has sharply deteriorated. January 2, 1905, the defenders of Port Arthur surrendered to the Japanese. In St. Petersburg, this news has led to the so-called “bloody Sunday,” in the end culminated in a revolution against the tsarist regime. These uprisings were brutally suppressed. But Nicholas II and his entourage are now, in fact, have risked everything to end the war with Japan victory.

Although the Port Arthur fleet Rozhdestvensky lost its base, the Admiral received the order to carry out its tasks. However, before he had to join with the Third Pacific squadron, which Russian with great difficulty managed to collect in the Baltic sea: it was a bunch of old ships, which their own crews contemptuously called “tin troughs”.

And again the Russian lost a lot of precious time. To save ammunition Rozhdestvensky did not use the waiting time to train their gunners. But in the way it caught the tragic news: the March battle of Mukden, in which 300 thousand Japanese fought with a few exceeding them in number of the Russian forces for Russia ended with a heavy defeat. Thus the question arose whether to continue the voyage. But Christmas was forced to obey orders from St. Petersburg and continued a kind of “climb on the block”.

His opponent was Admiral Hattier, achieved its first successes during the Japanese-Chinese war in 1894. In his possession were four modern, built in the British shipyards of warships, and eight armored cruisers. Their crews were brilliantly trained and proven in battle. Their steel grenades were also much better than iron Russian.

Rozhdestvensky’s fleet, consisting of eight battle ships and three battleships, several numerically superior Japanese forces. However, being “tin troughs”, they were slow and clumsy. In addition, the morale of his sailors left much to be desired. Last but not least, the lack of competence of the Royal naval Department was manifest in a signal references, which contained not correspond to each other codes. So, Rozhdestvensky associated their hopes with the opportunity to quietly for the Japanese to break through directly to Vladivostok.

But That did not allow him to do it. When on 27 may, the fog over the Tsushima Strait cleared, his opponent found that the Japanese noticed him. At first only Russian was accompanied by Japanese cruisers, and about noon of That advanced them toward their warships. Japanese Admiral could even afford to turn around within sight of the Russian ships 180 degrees and to put forward their positions on the court when they were moving parallel to the enemy. Due to high speed of his ships until the evening he twice managed to put their vessels perpendicular to a Russian and shoot at them from a more powerful side guns, while the Russian could only use a less powerful bow guns. In the end, four Russian ships were sunk and another severely damaged.

In the night the Japanese torpedo boats continued to destroy the Royal Navy, which the next day left with no other choice but to capitulate. Of the 36 Russian ships 21 in the end, it was sunk; the crews of seven other ships that were badly damaged, surrendered. Losses in manpower amounted to five thousand sailors; six thousand surrendered. For comparison, the Japanese lost only 116 people. Three submarines were able to break through to Vladivostok, and others were interned in neutral ports. Three cruisers escaped to the Philippines, including “Aurora”, which 12 years later played a key role in the October revolution of 1917.

With the mediation of USA, Russia and Japan was signed in Portsmouth (new Hampshire) peace agreement, according to which Russia gave up Port Arthur and its influence in Korea, and came down to the fact that recognized Japan as a regional power. With the support of the Americans, Russia managed to avoid reparations payments Japan. There it caused riots in its scope comparable to the civil war, because the military loss of the country amounted to over 100 thousand dead and wounded.

Japan felt that it “fraudulently deprived of the fruits inherited such a high price of victory,” writes historian Frank Jacob. The country has engaged in “implementation of their plans for expansion on the Asian continent, which to some extent was required to compensate for the economic effects of a costly war against the tsarist Empire.” 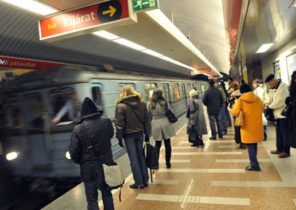