Vladimir Putin did not become a symmetrical response to the expulsion of the U.S. 35 Russian diplomats, whom the Americans accused of involvement in the cyber attacks.

The state Department declared persona non grata 35 Russian diplomats and demanded that they left the country before the New year. The remaining US diplomats, the us government banned to visit two diplomatic villas.

The head of Russian foreign Ministry Sergei Lavrov suggested that Putin, in response, send 35 American diplomats, as well as to prohibit use of the country Embassy in Serebryany Bor, and a warehouse on the street Road.

Instead, Vladimir Putin issued a statement in which he said that Russia will symmetrically respond to the expulsion of Russian diplomats from the USA and new sanctions.

Russian service Bi-bi-si asked the experts to comment on this step of the Russian leader.

It was very precisely orchestrated response of Vladimir Putin first to leave in limbo the possibility of reciprocal symmetrical expulsion, and then generously postponing the answer, at least for the moment.

This is an attempt to humiliate the Obama administration, to demonstrate that, from the point of view of Moscow, he became a kind of a “lame duck”, is so small that it is not even worthy of a response.

Putin, in his relations with the West shows, in particular, in Syria and Ukraine, can play a limited role with great skill

In addition, it is also a validation of the elected President of Donald trump. Whether the intelligence agencies can convince him, presenting the evidence they say they have? And if so, what course he shall choose in relations with Russia?

It’s not a new cold war. Russia is a kind of “pocket” a superpower that has nothing in common with the old Soviet Union.

Putin, however, in its relations with the West demonstrates — particularly in Syria and Ukraine — that may play a limited role with great skill. And trump will have to answer the call strongly, but very accurately.

Routine is the absolute norm to be mirror measures. Moreover, it is the norm for Putin, he always acted this way.

But in this case it seems to me, acted like a pretty shrewd politician. He did not play in the game he was asked to play Obama.

Obama offered to play a game of “let’s finish the Russian-American relations before the arrival of the trump.”

The goal is clear: trump has already announced that it will review most of the policies of Obama in the Russian direction. So Obama decided to make this review as complex as possible.

Pavel Salin, Director of the Center for political studies, Financial University under the government of Russia:

Moscow has tried to drive into a trap, to provoke an asymmetrical response. And if that happened, we would declare that Putin eats children, making them hostage to political squabbles.

But really, if it was just symmetric measures — 35 diplomats plus the closure of infrastructure facilities outside embassies, recreation facilities, not schools, then no — one would have said anything.

It’s Putin’s decision, not the decision of the Russian elite, no it is not recommended. He has shown a willingness to act not according to the template and makes it clear the next us administration that the ball is on her side.

Now everything will depend on the real intentions trump and how his actions will match these intentions. He may want one, but can get more.

As well as the degree of its independence from its connection with the part of the American establishment that is set up to “punish” Russia for 2014.

It’s a big part of the American establishment, and the party consensus may prove to be the Trump on the teeth. 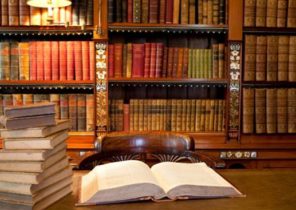