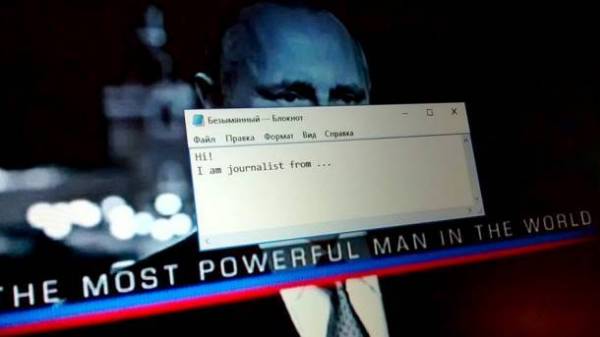 The Russian special services began to recruit myself to the service of foreign journalists from Council of Europe countries, or the United States, which then implement in Ukraine. This was reported by the volunteer international community InformNapalm, the journalist Roman Burko on his page on Facebook.

“In Moscow recruiting foreigner freelance journalist from the EU and then push through as a colleague/expert/Intern in different Ukrainian media community, NGO (non-governmental organizations – ed.), voluntary agencies, etc. beware! Moles can be hard to speak Russian but to have a latent Pro-Russian background. The levels of conspiracy are different, so check who you accept and admit to your team. Not every journalist with the EU or the USA guaranteed to be neutral or friendly to Ukraine,” wrote Burke.

He also said that is already recorded several cases of attempts to promote Moscow “mole”, who do not speak Russian and have an EU citizenship, in different Ukrainian NGOs.