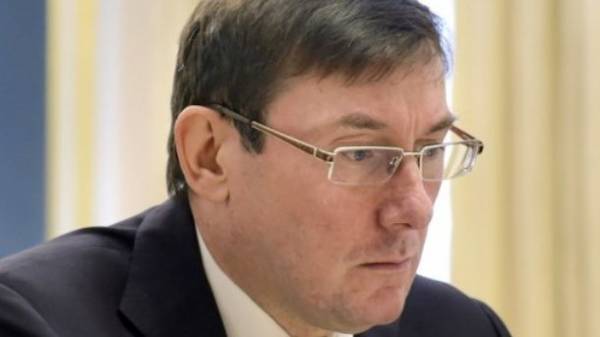 The Prosecutor General’s office asks the Verkhovna Rada to abolish the immunity with only one MP and not three as previously announced, the head of GPU, Yury Lutsenko. About this Facebook reported the press Secretary Larisa Sargan.

Earlier, Yury Lutsenko reported that the GPO has prepared a submission to Parliament on the lifting of the parliamentary immunity of deputies Gennady bean (“Renaissance”), Yevgeny Deydey (faction “national front”) and Andrey Lozovoy (fraction “Radical party”).

As you know, people’s deputies of Ukraine invited the Prosecutor General of Ukraine Yuri Lutsenko in the Verkhovna Rada on Wednesday, may 24, at 12.30 to report on its work.