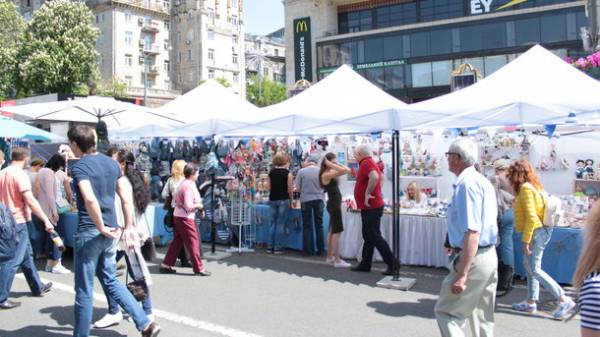 In Ukraine for may 9 will be the first semifinal of Eurovision-2017. In accordance with the requirements of the organizers, five days before the start of the first semi-final in the capital opened the Eurovision Village. A place where fans can spend time before and after the contest, and those who have not got the tickets for free to watch the broadcast on the big screens. The website “Today” figured out how the village in the capital.

Such different prices for the dumplings

Despite the many restaurants in the city centre, the Euro-zone on Khreshchatyk set up a big food area. Here you can buy dumplings, which are considered to be a traditional Ukrainian dish, beer, sandwiches, steaks, kebabs, sausages. Day food zone is empty: tourists prefer to eat in restaurants close to the Eurozone, but in the evening, when “the town” concerts, built up a huge queue for dumplings. 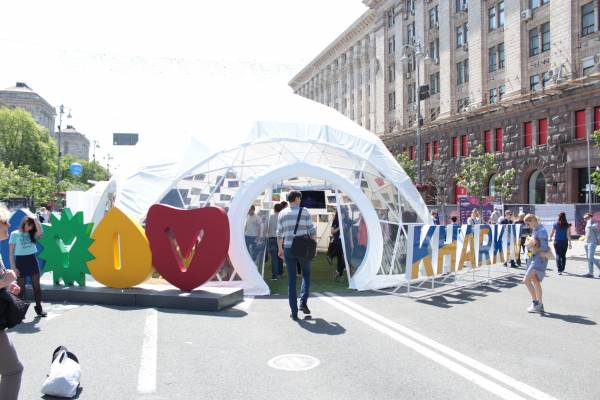 – My friend and I arrived for a week in Kiev just because of the competition. Was only in Poland and before that in the region there were not. Here is really good. We were advised to use the consultation of volunteers in the Eurovision Village, not to move. But feed mainly in other places, here not interesting, – told the “Today” tourist from Italy.

Prices in the European village on Khreschatyk practically does not differ from the prices in the restaurants. The steak sell for 120 UAH, salads 30 hryvnia, and dumplings – 40. 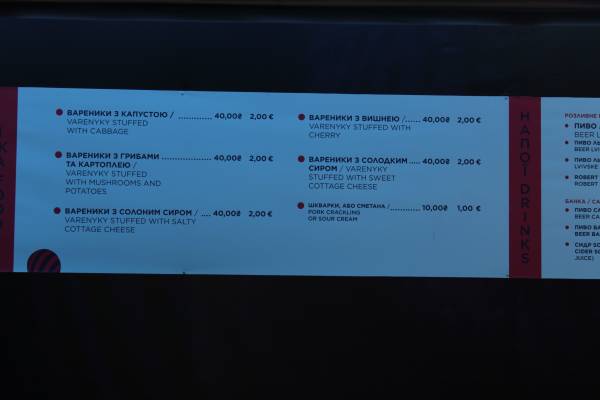 But the prices in the fun zone at Sofia really “bite”. Those dumplings have been selling for 90 USD. Rates are quoted in two currencies – Euro and hryvnia. At the same converted currency approx. Near beer cost 30 USD is the price tag “1,0 Euro”, and near this drink, but another brand, around the price of 35 UAH, another – “2,0 Euro”. 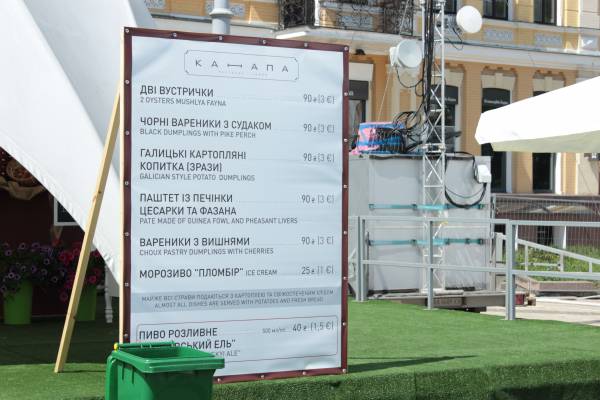 – Do you accept Euro? – ask the employee of the village.

– No. This is for the convenience of foreigners, and take only the hryvnia.

Well, we transferred approx. Guests will have a pleasant surprise that it turns out to be even cheaper – with a smile responsible employee food area. 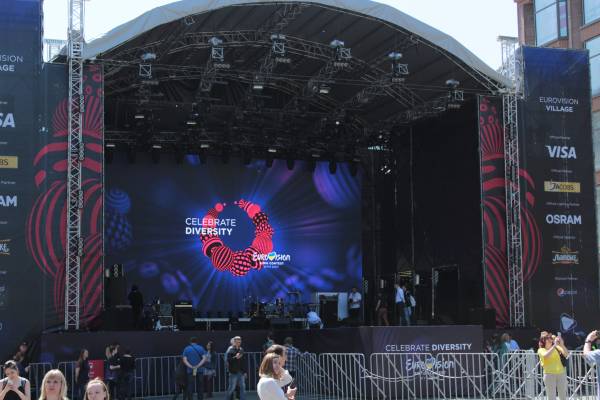 And in the village and next to it placed dozens of tents with Souvenirs. The price of the goods is not specified – need to check with the seller. Gingerbread with symbols of Eurovision-2017 for sale at 350 USD. “The carrot is small but it is a big job. We are in Odessa, they do take three,” advises the seller of one of the tourists. Prices on t – shirts from 330 to 750 hryvnia.

How does the Village

The Eurovision Village is the official fan zone of the Eurovision song contest. Residents and guests of the capital, who for some reason have not bought tickets to the main stage at the International exhibition centre, can join the competition in the Eurozone. Here rest the foreign fans of the competition, many of whom travel every year together with Eurovision in different countries.

Fan zone is divided into several location. Home is located on Khreshchatyk (from the street Bohdan Khmelnytsky to the street Proreznaya), the fan zone, with monitors also installed at the Sofia, Postal areas. The screens will broadcast the semifinals and finals of the Eurovision song contest. In addition, there are the Ukrainian musicians and Eurovision contestants. On the territory of the town you can play table tennis, take photos on the background of the symbols of the Eurovision song contest, and participate in promotions from partners of the contest. 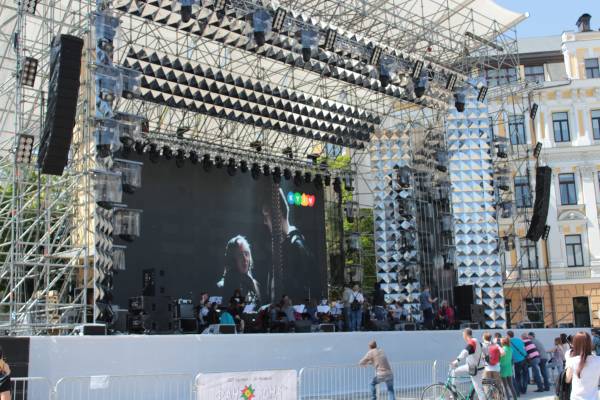 “Daily town contest is open from 12:00 to 22:00. In the days of the semifinals and final of the official fan zone will run until the end of the show. The total area is about 13,000 square meters. There is located the lounge area, food cord, stage, areas for spectators and the area’s official sponsors,” – noted on the official contest website.

At the Eurovision Village has managed to give SKYE, Kishe, TNMK, Druha Rika, Zlata ognevich and others. The territory heavily guarded by police, at the entrance, metal detectors, and all bags are inspected, and sharp objects and bottles are not allowed.

To, the word “town” from 4 to 14 may be limited to the movement of pedestrians on the street Khreshchatyk (from the street Bohdan Khmelnytsky to the street the lower part of the sidewalk on the odd side of Khreshchatyk street) and the street (Pushkinskaya str to str).