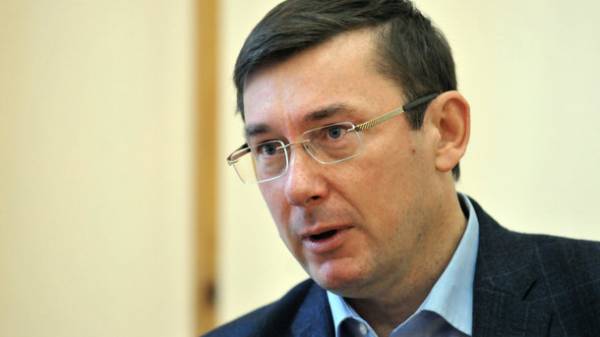 People’s deputies of Ukraine invited the Prosecutor General of Ukraine Yuri Lutsenko in the Verkhovna Rada on Wednesday, may 24, at 12.30 to report on its work.

This decision was supported by 241 MPs at a plenary meeting on Tuesday, may 23.

“Half an hour will be the performance (of the Prosecutor General – Ed.) then there will be questions from the parties, from members questions to any one who wants to ask their questions”, – said the Chairman of the Verkhovna Rada Andrew Parubiy.

Earlier, the attorney General confirmed the intention to make a report in the Verkhovna Rada on may 24.