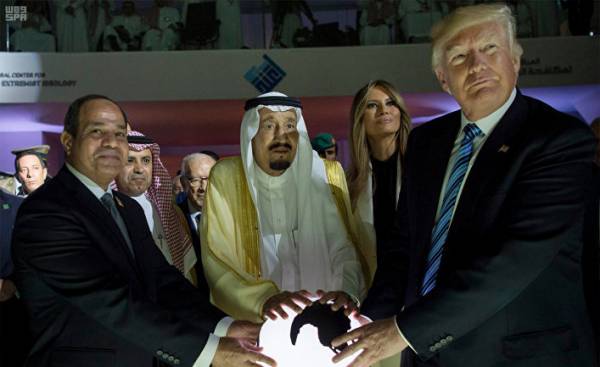 The investments of the Gulf countries are an integral part of the American economy, despite its huge scale. These funds have an impact on vital sectors of the economy. USA are showing great interest in money of the Gulf countries. However, there remains some questions, the most important of which are: how the United States was able to collect “tribute” from the Gulf? What is the purpose of the Gulf? These “exactions” are forced or voluntary?

Statements by the President of the United States Donald trump during the election campaign about Saudi Arabia give a clear picture about the relationship of Americans with the finances of the Persian Gulf. Trump believes that his country has a legitimate right to the money that is a payment for services to provide the security Saudi Arabia. However, do the Gulf countries, like the US, they pay for the security or they invest only for profit?

(1) the correlation of oil and dollars saved America from bankruptcy

Turkish economist Ahmed Zekrullah recalls that the us-Saudi relations have a long history. Saudi Arabia saved the dollar and the US economy from bankruptcy. After the conclusion of the Bretton woods agreement, all countries were linked to the dollar. The us dollar was used as gold. However, after the Vietnam war and the heavy losses suffered by the armed forces of the United States, some countries demanded from the United States to exchange dollars for gold. The US economy was on the verge of bankruptcy due to the inability to convert dollars into gold.

“Saudi Arabia has begun to help the US in 1973, concluding an agreement, according to which every barrel of oil purchased from Saudi Arabia, will be assessed in U.S. dollars. In 1974, all OPEC countries agreed to assess its oil resources in dollars, which allowed him to become a world currency and to put the beginning of the era of petrodollars,” said Zikrullah in his statement to the Post Sasa. He believes that the help of Saudi Arabia, the U.S. economy has created a secret Alliance between the two countries that maintained stable for a long time. The Saudis always come to the aid of their American friends, but in recent years, the number of Saudi investment in the United States declined markedly.

Ahmed Zikrullah said that the arms deals are one of the main aspects of the ongoing cooperation between the Gulf countries and the United States. Saudi Arabia is the world’s largest importer of American arms. In addition, Zekrullah added that investments coming from the Gulf countries play an important role in the U.S. economy.

(2) Weapon: “bribe” to appease the Americans

The United States is one of the major arms exporters in the world. But the Gulf countries are perhaps the most important customers of Washington. According to research conducted by the Stockholm international Institute for peace studies (SIPRI), the United States topped the list of countries exporting weapons. They account for 33% of the total military exports. And Saudi Arabia is the largest importer of American weapons, whose share accounts for 13% of U.S. arms exports. Additionally, SIPRI noted that in 2012-2016 Saudi Arabia has increased the volume of imports by 212% compared to the 2007-2011 years, while the import of arms by Qatar grew by 245%.

Qatar ranks first in the rating of countries-importers of American weapons. According to the Agency for defense cooperation and security (DSCA), the cost of its deals with the United States reached 21,881 billion dollars. In second place is Kuwait, he bought weapons worth 11,837 billion dollars. The US state Department said that the US has sold weapons to Qatar, Kuwait, Saudi Arabia and the UAE totaling about 40 billion dollars within 2016. 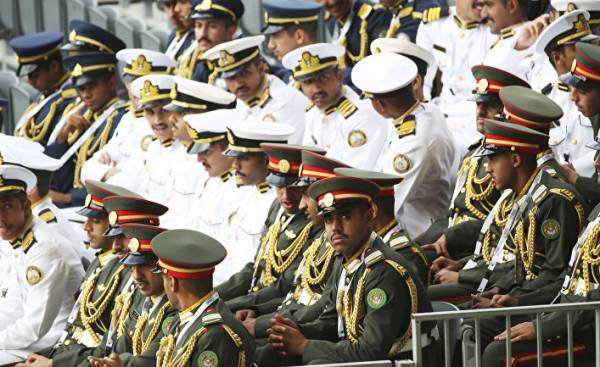 Reuters quoted an unnamed senior us official, who said that the US nearing completion of a number of arms deals with Saudi Arabia that cost can reach about $ 100 billion. Within ten years the total cost of the transaction ultimately could exceed $ 300 billion, which will help Saudi Arabia to increase its defense capabilities. The deal comes amid promises by the President of the United States Donald trump to stimulate the U.S. economy by increasing jobs in manufacturing, and these transactions can help them achieve their goals.

In addition, the site Arabi21 said that what is happening in relations between Washington and Riyadh is a kind of “tribute of the century”, explaining that the amount that the U.S. receives from arms transactions or investments in their infrastructure not just a “bribe” of Saudi Arabia to appease the Americans.

At the time, the law on “Justice against sponsors of terrorism” (JASTA) has threatened the flow of Saudi investments in the US economy. The volume of investments in the U.S. countries participating in the GCC grew by 4.7% as of January 2017. The U.S. Treasury Department announced that investments of Gulf countries rose to 218,4 million dollars at the end of January 2017, compared to 206,8 million dollars at the end of December 2016.

These figures show only the investments of the Gulf countries in US Treasury bonds, not including other investments, whether they are governmental or private. They are, by some estimates amount to hundreds of billions of dollars. According to Bloomberg, Saudi Arabia plans to invest $ 40 billion in infrastructure projects. Analysts believe that these huge investments of Gulf countries in the US will lead to improving the quality of services provided by the United States in the Persian Gulf.

It should be noted that the Gulf States played an active role in mitigating the effects of the global financial crisis in 2008. They have contributed to the return of economic stability after the Prime Minister of great Britain Gordon brown has urged oil-rich Gulf countries to support the international monetary Fund, collecting additional funds to help countries suffering from the economic crisis, but also to participate in restoring stability to the global financial system.

“Everyone should have a role to play in combating economic crisis, and in my country, oil-rich, too, want a role to play,” said Gordon brown. He added: “Saudi Arabia and other Gulf countries is very important. It is the country receiving income from the sale of oil, countries that need help”.

(4) Money in exchange for protection

The question remains: Which in turn get the countries of the Persian Gulf? As already mentioned, they pay “tribute” to the US in exchange for protection. However, we also need to remember that protection and protection of interests of the countries of the Gulf is the normal policy of every US administration. 21 April 2016 ex-US President Barack Obama after a meeting in Riyadh with the leaders of the GCC announced that the United States would deter any aggression directed at Gulf countries, which suggests that the protection of the Gulf is an implicit obligation of the United States before them. Probably, the President of the United States Donald trump confirms this assumption in his forthcoming visit.

Perhaps some of you may notice that the position of the tramp has changed dramatically. Two years ago he named Saudi Arabia as a “cash cow, which produces gold and dollars at the request of the United States”. And also said that Saudi Arabia needs to pay US in exchange for help and protection from them. Will the rhetoric trump if the arms deals and investment plans with the Gulf countries will succeed?