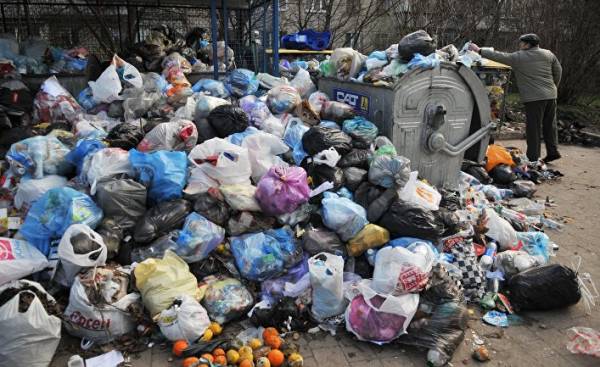 If after millions of years will still exist geologists, it will be easy to determine the point of the so-called anthropocene — the geological epoch during which the dominant influence on the nature of our planet began to provide people. In any part of the world they will be able to find the exact indication of the beginning of this era, in the form of plastic debris.

Plastic is a key material in the global economy. It is found in cars, mobile phones, toys, clothing, packaging, medical equipment and so on. In 2015, the world produced 322 million metric tons of plastic. And this figure continues to grow; by 2050 it could grow by four times.

However, now the plastic creates a huge and global problems — environmental, economic and social. Although for the production of the necessary resources, plastic is so cheap that it is often used for the production of disposable products. As a result, huge volumes of plastic waste were just polluting the Earth.

Plastic clogs the sewage system of cities, which increases the risk of flooding. Large items of plastic can filled with rain water, which creates conditions for breeding of mosquitoes spreading disease. Every year almost 13 million tons of plastic ends up in the ocean; by 2050 there may be more plastic items than fish. Damage to the tourism industry from plastic which the sea washed ashore, hundreds of millions of dollars each year.

In addition, all of this plastic poses a serious threat to wildlife. Seals, penguins and turtles die entangled in plastic rings or networks. Biologists find dead whales and birds, whose stomachs are filled with plastic pieces.

And for people plastic not so good. Plastics, which are used for example for packaging of products, usually non-toxic. However, most plastic materials contain various chemicals, e.g., softeners, able to act as endocrine disruptors, or antivalentine, which may be carcinogenic and, in high concentrations is toxic. These chemicals can get into the ocean, the marine food chain, and from there on our plates.

To solve this problem. No single country or company, as if she has not been configured, you will not be able to do it yourself. Many parties (the largest producers of plastic and the main culprits of plastic pollution, proponents of zero waste programs, research laboratories, cooperatives for garbage collection) will have to come to grips with this problem.

The first step is the establishment of a high-level forum for dialogue between all stakeholders to develop a common strategy to reduce the level of plastic pollution. This strategy should not be limited to the voluntary action plans and partnerships, but to focus on the development of a legally binding international agreement. It should be based on the obligation of all governments to put an end to the pollution of nature with plastic. Negotiations on a similar agreement it is possible to start later this year at the UN Assembly on environment, which will be held in December in Nairobi.

Scientists have put forward specific proposals related to the agreement about the plastic pollution. One of the authors of this article proposed to sign the Convention on the model of the Paris agreement on climate, where the fundamental task is obligatory for all, combined with voluntary national action plans and flexible measures, allowing them to perform. The research team from the Australian University of Wollongong, inspired by the Montreal Protocol (the agreement on the protection of the ozone layer), has suggested to enter system of restrictions and prohibitions on manufacture of products from plastic.

Someone may wonder about whether or not we go into another long, winding and tedious way of negotiations on a new global agreement. If we can come up with a technical solution to the problem of plastic waste?

The short answer is apparently no. Biodegradable plastic, for example, makes sense only if it decomposes so fast that no time to harm wildlife. Some promising discoveries, for example, bacteria or insects that can decompose or digest the plastic, can provide only auxiliary help.

The only way to really solve this problem is to drastically reduce the volume of our plastic waste. Technology can come to the rescue, offering various options for the replacement of plastic and its processing. However, as the experience of many settlements and cities in the world where the program operates zero waste, such technology is not even necessary.

For example, Capannori, a town with a population of 46700 people, located near Lucca in Tuscany, in 2007 approved a strategy of zero waste. Ten years later, the city managed to reduce the volume of garbage by 40%. 82% of municipal waste is separated already at the time of collection, therefore, only 18% of the waste get to landfills. A similar experience can be helpful in the development of national action plans, which will become part of a global agreement on plastic.

“The solution package on the circular economy” the European Commission could become another example worthy of copying. Although its implementation has not yet started, its goals to reduce waste have the potential to reduce carbon emissions in the EU 190 million tons annually. This is equivalent to annual emissions in the Netherlands.

Of course, the transition to zero waste will require some investment. Any international agreement should the plastic, thereby, to provide for the funding mechanisms. A good place to start here is the principle of “the polluter pays”. The global plastic industry, whose annual revenue is approximately $750 billion can undoubtedly find a few hundred million dollars on clearing the garbage, which she created.

To reach a comprehensive, binding and visionary global agreement on plastic will not be easy. This process will take time and will cost money. In this agreement, inevitably there will be loopholes and shortcomings. And, no doubt, in itself it does not solve the problem of plastic pollution. However, it is essential for the final success.

Plastic pollution is a key problem of the anthropocene. This is a global disaster that is entirely a creation of our hands — and therefore in our power to deal with it. 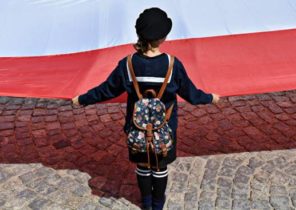