Two years later, the Iranian government has signed a historic agreement with six world powers under which Iran has agreed to dismantle its nuclear program in exchange for lifting economic sanctions.

However, an immediate and radical improvement in the living standards of most Iranians with the easing of sanctions did not happen, and the country’s economic performance, though better than in the sanctions era, still not good enough. For further profitable growth takes time.

Judging by the results of the vote, the Iranians are willing to suffer another policy of President Rouhani issued another credit. How to dispose of them? Explorer bi-Bi-si Michael Smotryaev talks with a senior staff member of the Institute of Oriental studies, Professor Vladimir Sazhin.

— President Rouhani will continue the domestic and foreign policy, which he along with his team conducted over the past four years. Here much of a difference unless you consider the fact that the President was very strong pressure from his critics, radical conservatives, which is especially evident in the election campaign. Of course, some moments in domestic and foreign policy of Rouhani are somewhat mixed. It will be more difficult to follow the line that he spent the previous four years.

The point here is mainly in the economy. The brunt of the opposition is caused by the economic policies of Rouhani and his Cabinet. During these four years, the President has done a lot. However, once entered into force, the agreement on the Iranian nuclear programme in January last year, the Iranian people went into a state of euphoria and had expected the very next day the economy will be littered with huge investment, there will be hundreds of thousands of jobs, unemployment and inflation are fading. But this did not happen. The international sanctions is a complex, multilayered phenomenon, as well as the process of lifting the sanctions, perhaps, sanctions are easier to impose than to remove.

Therefore, the expectations of the people and politicians was manifestly excessive. Still, Rouhani has managed to reduce inflation from 40% to 8%, in 2013 the growth rate of Iran’s GDP was negative, and in 2016 exceeded 4%, while the IMF predicts even higher growth rates. However, the economic sphere remains the subject of constant criticism of the opposition. In the next four years, Rouhani it is necessary to prove the validity of his economic program. This is very important.

— Rouhani was criticized a lot, especially before the election, that he established very friendly relations with the West, and he does not defend adequately the interests of Iran. Here, too, it will have to carry out a certain correction.

There is a very important point: Donald trump and his administration. Barack Obama is also not particularly fond of Iran, but such blatant anti-Iranian allegations as a trump, does not allow. Before Rouhani the task is somehow to respond to anti-Iranian attacks on the American President. It is important to understand that the President trump, by and large, his rhetoric acts more in favor of the opponents of Rouhani. Educated, urban part of the population of Iran is good for USA and the West in General. In fact, relying on them, President Rouhani and builds its policy of warming relations with the West. Now, in connection with the anti-Iranian rhetoric trump, it will be difficult to hold this line. And towards the West from the educated part of the population of Iran can be pretty spoiled.

— Will change the course of Tehran’s relations with Moscow?

— Relations between Iran and Russia will remain in the old framework will continue to evolve. I don’t think there is a quick solution to current problems in Russian-Iranian relations, I must say, difficult to resolve, but in any case, will be a constructive dialogue. Trade and economic relations will develop gradually and positively.

— Let’s look at the regional balance of power. On election day in Iran, the President of the United States Donald trump was on a visit in Riyadh. Official offices in Iran and Saudi Arabia again exchanged very harsh statements. Add to this Israel, which Iran is without love, no matter who was in charge. Rouhani was able to maneuver in this maze the last time. How the situation will develop now?

— He will have to face the fact that Saudi Arabia and Israel — and not so friendly relation with the Islamic Republic of Iran — will now enjoy more support in Washington. Under Obama the US relationship with Israel and with Saudi Arabia, in General, deteriorated. Tehran is, of course, was on hand, and President Rouhani conducted its regional policy so that, where possible, to restore relations with Riyadh.

Now is a different situation, and it initiates not only Donald trump, but the situation in Syria. The question is whether to continue the military presence of Iran in Syria after some of the relative settlement of the Syrian problem, or rather its military phase. So right now this anti-Iranian bloc, which includes both Israel and Saudi Arabia, and to some extent Egypt and Jordan, not to mention the other Persian Gulf monarchies. These countries ‘ relations with Iran will deteriorate, and relations with Turkey, Iran is not shiny. All this imposes great responsibility on the President Rouhani.

But here I would like to note the following: after all, important issues in relation to Iran’s position on the world stage deals with the Supreme leader, Ayatollah Khamenei, and his people. To retreat sometimes from the General line Rouhani can afford, but contrary to the General policy developed Khamenei, will not go. He will be in the framework of the decisions of the Supreme leader, but how will this decision in connection with the emerging around Iran situation — is the question. Rouhani obviously not going to bring the matter to a serious aggravation, and will do everything possible to mitigate the situation. 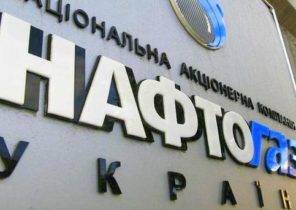