For decades in the Arab world the game is played. Western institutions (mostly American and British) in direct and indirect Alliance with Israel and the Zionist movement had developed strategic plans for division of the region into ethnic, religious, tribal and clan-based “cantons,” so the game continues! In this context, it is necessary to determine the causes and supporting factors of the success of these institutions in the promotion of projects for the division of the Middle East. However, as it turned out, they often perform their role without resorting to direct intervention. On the contrary, they operate through “pressure groups”, the target of which are decision makers. They use them in order to achieve their goals when public opinion is already formed, in particular, in Parliament. These individuals agree with him or not, they are recruited, mobilized, so they have endorsed this view in the decision-making process. They often act as initiators of a project, however, avoid expressing public support for its implementation. In other words, they work behind the scenes, and the discussion of solutions have already engaged researchers and the media. So what are the reasons and factors of success of the aforementioned institutions?

First, this is what thinkers call “susceptibility to colonialism”. The success of the colonialists is that they offer an attractive way of life and thinking, forcing people to accept the border that draws the colonizer, and even to protect them. All of this is a result of the fact that the colonizers are convinced of the colonial peoples that they are unable to manage their lives so that they soon cease to believe in what the resistance can turn into a success.

Secondly, it is “the tendency to fragmentation”. It stems from the fact that, as we know, cultural pluralism, ethnic and religious diversity characterize the demographic composition of the population of most countries, including Arabic. Unfortunately, the Arab world became an example of how this diversity has resulted in public confusion with the growth of ethnic, regional, tribal and religious sentiments and under one religion. So, we began to “multiply” religious extremist organizations, which spread and strengthen its influence and regard violence as the main way of realization of its goals and ensure its own existence.

Thirdly, there is the Arab regimes. The consequences of their existence for the Arab world and the citizens of these States were the deprivation of rights and freedoms, repression, oppression, backwardness and destruction. Thus, in the Arab countries in the period of independence failed to create a civil society, to ensure the loyalty of citizens toward the state. In other words, they only protect the interests of the ruling elite. All this occurred to the detriment of the citizenship in the growth segments of the society, which are called marginal. They either serve the interests of regimes, or the interests of the extremists, often spontaneously and unconsciously.

Fourth, a nationalist ideology. The Arab countries have failed to put forward any clear ideological doctrine that would be able to combine the ideas of different groups of citizens. This was the cause of disintegration among the nationalists, their division into the national socialists, national-liberals, secular nationalists, as well as a cause of political conflicts.

Fifth, the middle East is an important goal for the capitalist colonial West. In the region there are large reserves of natural resursov, it has the largest oil reserves in the world, and high population density make it a very lucrative market. In addition, the middle East occupies an important strategic position within the colonial system and has access to the zones of influence in East Asia.

Sixth, after the collapse of the Soviet Union, the United States aspired to global leadership and, therefore, it was necessary to establish strongholds in various regions, particularly in the middle East. The latter has an important geographical location and convenient. So, for example, control of the fighting in Afghanistan or Iraq are controlled from Washington or new York. As for redrawing borders in the region, it meets military objectives of the United States.

Seventh, it is Israeli security, which was and remains one of the priorities of the American strategy in the region. The Zionist state is a kind of tip of the spear United States, which allows them to achieve the region’s long-range goals. It plays a very important role in American politics, especially after the end of the colonial era and end the American military presence in developing countries of the region, as an alternative to military force concentrated close to the centre and ready to intervene in the case, when Western interests are under threat.

All colonial projects stem from the arrogance of those States that have the power. A strong state knows he can do whatever he wants, while the balance of power in his favor, while his military power superior to the power of the enemy. You need to consider its cooperation with the Zionist state and the countries of the Western world, which primarily promote ideas and projects that serve the interests of Israel and the Zionist movement. Among them the leading place is occupied by projects for the division of the Arab world.

Plans for separation of the Middle East were not based on pre-prepared cards — they were developed on the basis of demographic characteristics of the region (religion, nationality). Since the change of state boundaries requires the achievement of a peoples consensus (and last, obviously, today is an impossible task) to achieve this objective, the colonizers will need to shed blood. 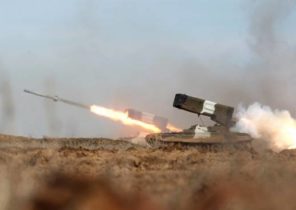