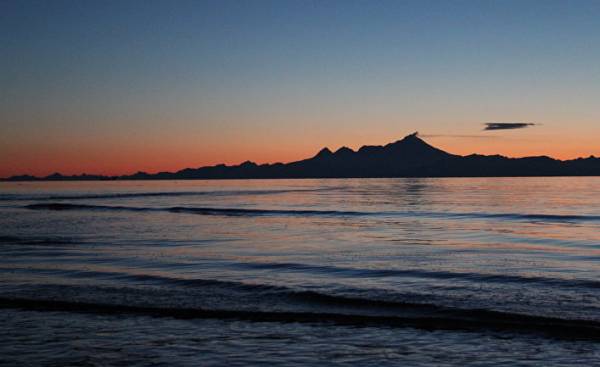 March 30, 1867 the Russian Empire sold its remaining North American territory to the United States. Exactly 150 years ago the Russians decided to leave American soil, and the history of Russian America is over. And although the “purchase of Alaska” in the 19th century caused a lot of controversy on both sides, during the cold war, this event is forgotten, and it POPs up only occasionally, usually in a very curious circumstance.

The history of Russia’s conquest of America

Russian colonization to the East dates from the mid-17th century, when Ivan gave the Stroganov merchants permission to the conquest of the Kazan khanate, one of the many fragments of the Golden Horde. The conquest was followed throughout the century, and by 1647, the Russians reached the Western borders of the Pacific ocean — Okhotsk sea. This achievement laid the groundwork for the first expeditions across the ocean. Some took place during the 18th century. The most famous of them was in command of the Danish Navigator Vitus Bering, whose achievements were given great importance, for it was he who refuted the idea of the existence of connecting Asia and America by land routes. However, despite the scale of the missions, and permanent settlements on American soil at that time had not been established.

And only at the end of the century — namely, in 1784 — adventurer, trader, and Explorer Grigory Shelikhov made up of Kudakovskogo Islands of the archipelago and established an Outpost there, which later became a starting point for further colonization of new lands. Shelikof sometimes called “Russian Columbus.” After the establishment of the new Russian land reign he established the Russian-American company (more CANCER), which played a crucial role in future relations between the Empire and its colony. The headquarters of the CANCER was located in his native city of Shelehov — Irkutsk.

The fact that the birthplace of this influential organization has become the Siberia — is not accidental. Considering that serfdom is the curse of the European part of the Empire in the far East and the North is not actually operated, it prompted many savvy settlers to move eastward to create new cities. By doing so, they created a class of merchants, sailors and citizens. Although the headquarters was soon moved to Saint Petersburg, Siberian cities and their citizens in the Russian economy and trade remained substantial.

The capital of Russian America (as it was formally called colony) was the Archangel (now Sitka), also known as the “Paris of the Pacific”. Among the citizens were Russians and the indigenous inhabitants of these lands — tribes of the Aleuts and Tlingit. Although the relationship between these two groups were largely peaceful, there were conflicts. Several warriors of the Tlingit did not accept Russian rules, and in 1802 took the Archangel. They massacred the population and took control of the city’s infrastructure. Russia managed to return it only two years later, with the help of the Aleuts. The events of 1804 known as the “Battle of Sitka” and has become the largest in the history of Russian America, a military conflict between Russians and the indigenous people of Alaska.

Russian settlements in North America grew over time, reaching territories outside of Alaska. They embraced the territory of the modern States of Washington, Oregon, and California. The Russian could reach Hawaii. They traded with the local rulers since the late 18th century, and after the founding of the Kingdom of Hawaii began to support different parties on the island. As a result, they managed to build in the area three Fort. In 1815, the Supreme leader of Kaumualii appealed to Tsar Alexander I with a request for the establishment of Russian protectorate over the Hawaiian Islands and the support in the fight against the legitimate king Kamehameha I. Alexander I declined the offer, and Hawaii remained independent.

In 1812, the Russians had established in the vicinity of the Spanish colonies of its most southern settlement — Fort Ross. This has caused great concern of the Viceroyalty of New Spain, who decided to create a few new settlements in the North. The history of Russian-Spanish relations at the time became known to a wide public thanks to the rock-Opera “Juno and Avos”, won the USSR’s popularity in the 1980-ies. Abroad promoted as “Russian Pocahontas”. The Opera tells the story of concepción argüello, the 15-year-old daughter of the colonial Governor of Alta California josé Dario argüello and Nikolai Rezanov, a Russian nobleman, Ambassador to Japan and one of the owners of CANCER. They fell for each other at the Russian-Spanish border in California. To marry a Catholic, Rezanov needed permission from the king. He decided to go home via Alaska, but the road was ill and in 1807, died before reaching the capital of the Empire. Concepcion, on hearing this, took a vow of silence and retired to a monastery, where he later died. Although the story is based on historical events, taken from the Opera course was more predictable melodramatic.

Fort Ross was eventually sold to the United States in 1841, so as to support the colony became difficult. The costs of transfer of goods and people in the heart of the Empire — the European part of Russia — and it was higher than the income from the sale of colonial goods, the most valuable of which was fur. Obviously, then, no one expected that someday Alaska will find huge reserves of gold and oil. The rest of the colony was thus sold to the Americans in 1867 for $ 7.2 million.

At that time Russia embraced the news with enthusiasm, and in the US with mixed feelings. Russia expanded their Empire by new conquests in the Caucasus and Central Asia. In addition, due to the weakening of Turkey, Russia’s role in South-Eastern Europe have also been significant (in spite of the defeat in the Crimean war). The Russians also feared that Alaska taken from them by the British, and to prevent this they could not. Tsar Alexander II needed the money for the enjoyment of all his foreign campaigns, so selling costly and dysfunctional land seemed like a good move. Especially considering that it was sold to the Americans — friends and allies against the British Empire.

Meanwhile, the House of representatives of the United States Congress voted against the purchase, which caused a delay in payment. Some members angry at the decision of President Andrew Johnson to purchase the territory. 7.2 million dollars (about 123 million today) seemed a huge amount of money spent on useless empty space — “garden for the polar bears,” as it was then called. But there were those who touted the deal as another step towards the development of America.

The story could end, if not good old-fashioned irredentism on the part of Russian conspirators. In Russian political discourse, there is a curious theory, which has a surprising number of followers among the “true Russian patriots”. According to them, Alaska was not sold, and passed on 90 years lease. Therefore, to return it to Russia followed in 1957.

Russian Patriotic discourse considers colonization as the peace process with the good intention of development and education. In contrast, of course, the imperialism of other European empires, where colonization was associated with cruelty, greed and lack of respect for the natives. This fits the concept that the unique Russian civilization is morally superior to the rotten West. One of the most popular pieces expressing this opinion, was published in 2005 Sergey Kremleva under the heading: “Russian America: to open and sell!”

The issue of Russian domination of Alaska occasionally POPs up on various occasions. For example, in 2005 American journalist Steven Pearlstine has published an article entitled: “Alaska would be more liked in Russia.” He joked that “corporate culture” of nepotism and economic problems of Alaska much better would fit into the realities of Russia than the us. And some took the joke seriously. Alexander Dugin, one of the founding fathers of the Doctrine of the Eurasian civilization, said the review of the transaction.

The most ardent supporters of a return by Russia of its territories began to raise the question of Alaska after the annexation of Crimea in 2014. Jokes and memes on this topic on the Internet was enough. As well as articles and posts, relating to petitions for secession of Alaska from the USA and his return to the Russian Federation. The petition was created on the White house website alleged citizens of the largest city of Alaska, anchorage. The ensuing reviews in online media was mostly sensational, and the headlines were full of phrases like: “America in a panic! Alaska wants to follow the example of Crimea and join Russia.” And despite a major mobilization and over 42,000 signatures, the petition removed from the site because it had not gained the claimed 100 000 votes. “Panic” was over, but finally — is unknown.

“The island of tomorrow”

Today, the Russian-American border runs through the Diomede Islands. Big Diomede belongs to Russia and little Diomede — USA. The distance between them is 3.8 km away. in Addition to territorial boundaries, there is also the dateline. It is exactly between these two Islands and thus the difference between them is 21 hours. For this reason, the Big Diomede is sometimes called “the Island of tomorrow”, and little Diomede — “Island of yesterday”. And because the border crossing there were cases of violation of border crossing rules. Recognized Russian writer Viktor Erofeev arrived one day on the American island on the plane, while the Russian side decided to get on the boat. He was arrested for trespassing and sent back to the United States. Along the way he noted that living on the Russian island natives were dressed in traditional Russian winter clothes, and the inhabitants of the American side in the American summer, although they lived in the same climate zone. So it seemed that the authorities in each island have to decide what their time of the year, came to the conclusion Erofeev. That’s all that is left of Russian America.

Kacper Jecan — expert in European projects at the European centre of solidarity and post-graduate student of the Department of history at the University of Adam Mickiewicz in poznań. 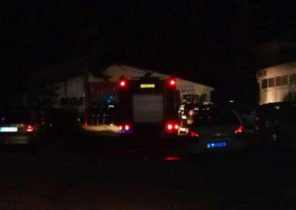