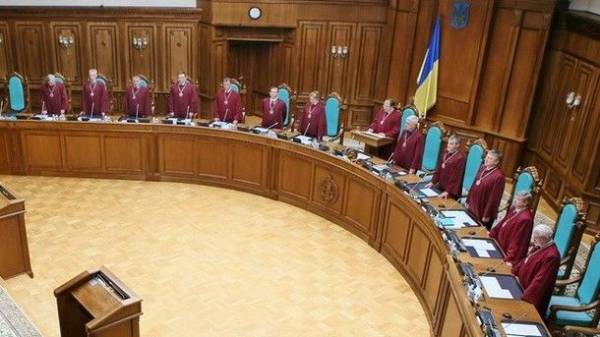 Today at a closed session of the constitutional court of Ukraine judges of the CCU were unable to elect a new President of the court nor the release of their colleagues Yuri nos and Sergei Vdovichenko, who submitted the resignation.

This was reported by a source in the constitutional court.

In particular, according to the interlocutor of the Agency, to the office of Chairman of the CCU was considered the only candidate – Vladimir moysika, but she has not received the required number of votes, so the election of the President of the court is postponed.

Now, as of 3 June 2017 the acting President of KSU is Viktor Kryvenko, as the eldest judge of the COP, because as of this date expire powers of the present acting Chairman of the KSU nos that will just remain a judge of the constitutional court of Ukraine.

The nos, as well as the judge Vdovichenko, who submitted resignation, judges, CRS is now also unable to release, not enough of the necessary 12 votes.

As reported in the agenda of sessions of the constitutional court of Ukraine today, may 18, placed on the official website of the SIC, were questions about the election of a new President and dismissal of judges of KSU nos and Vdovichenko.