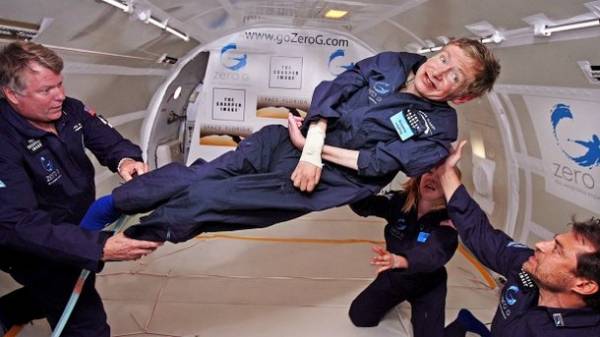 British scientist Stephen Hawking can fly into space, however, the date of the flight has not yet been determined, reports “GORDON,” citing The Daily Mail.

According to him, the head of the Corporation Virgin Richard Branson encouraged him to go to space, what the physicist agreed. The scientist himself notes that the hoped for proposal to fly in space

While it is not known when will be this flight.

Note that the company Virgin Galactic plans to organize tourist flights into space.

Stephen Hawking – scientist with a world name who has dozens of awards for achievements in the field of astrophysics.

Previously, Stephen Hawking said that the world would end in the next thousand years. So, the famous physicist believe that life on Earth will disappear due to nuclear war, activities of artificial intelligence or genetically engineered virus.