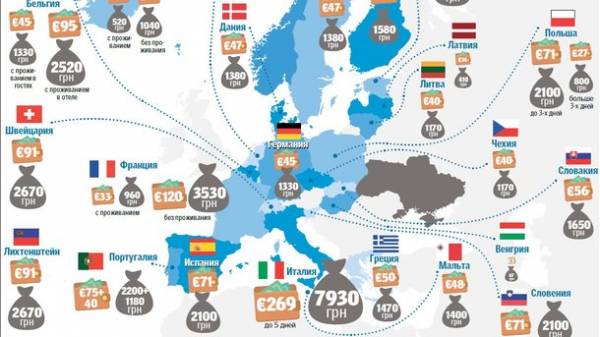 News of the week — the abolition of the visa regime with the EU. “Today” has learned what the rules are now enshrined in the EU for travelling.

BELIEVE DATE. So, in the first place travellers in Europe should strictly adhere to the statutory rule of “90/180” — Ukrainians can stay in the EU longer than three months within half a year. Compliance with rules can check for guards or law enforcement officers, and tourists need to be very careful: “used” are considered to be the date of entry (even if you entered at 23:55) and departure day (even if you left at 00:05). If this is not taken into account while in the EU, which the tourist spent on a residence permit, work or study visas. More good news for Bulgaria, Cyprus, Croatia and Romania legal 90 days are considered for each country separately. This means that legally, you can spend three months in one of them, and then another three months in the EU. And to be sure and certainly not to be trapped, it is better to use the official calculator of the trips on the website of the European Commission (ec.europa.eu). 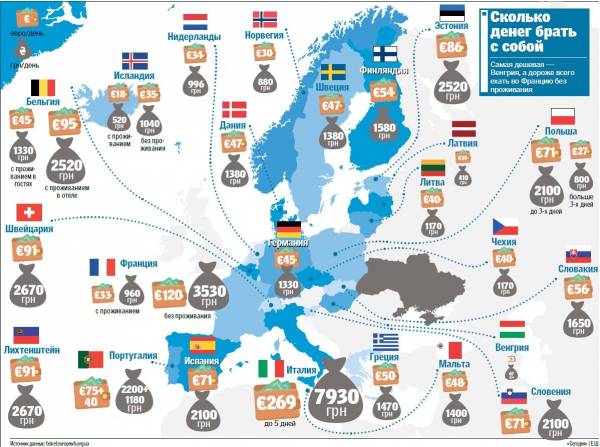 CRIME AND PUNISHMENT. Those who violate migration rules, usually gets in the Schengen database (SIS) — then they may refuse entry to any country of the Eurozone. As noted in the EU, often violate the rule of “90/180” without deportation (when it is detected at the border). If you “cheated a couple of days”, in the passport put a special stamp of the offender. If the delay was more than a month — such a tourist next time may not be allowed. And the highest chances of becoming persona non grata in the European Union, those who lied about themselves or about the purpose of the visit, as well as the owners of forged documents. They face a fine or a ban on entering the EU for five years.
But those who are caught on the territory of the EU, will give 1-2 weeks to travel and most likely more will not be allowed into the Eurozone in the next time. If the alien will hold special services, he was being deported and banned from entry for 10 years. For forgery, participation in organized crime groups, drug trafficking, other serious crimes can not only go home but to jail.

However, the EU remind that take to petty offenses. For example, in some countries it is forbidden to drink beer on the street: you can be fined, and if there is no money even to get to the station. Another example is the public transport in the rabbit. Sitting in the tram without a ticket “just one stop”, you can get a fine of a hundred euros. For other offences you can “get” and 3 thousand euros, and if within a month this amount does not cover the risk becoming banned in this country.