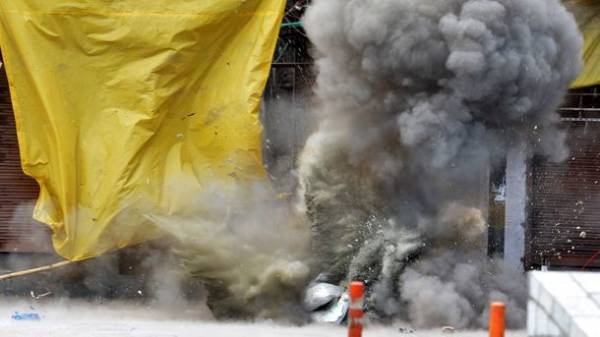 In the Colombian port of Cartagena have been three explosions, which killed at least six people, reports Russian service BBC.

“Thundered three explosions, two of them occurred on one and the same place,” – said the representative of the local fire service.

As they say rescuers, the explosion killed at least six people, another 20 were injured.

Firefighters say that the incidents happened solely in shipyards: two of the explosion was in the American shipyard Astivik, the third – on the territory of the Colombian shipyard Cotecmar Corporation.

As a result of explosions started the fire, but it managed to extinguish. It is also noted that all this happened just 15 kilometres from the resort.