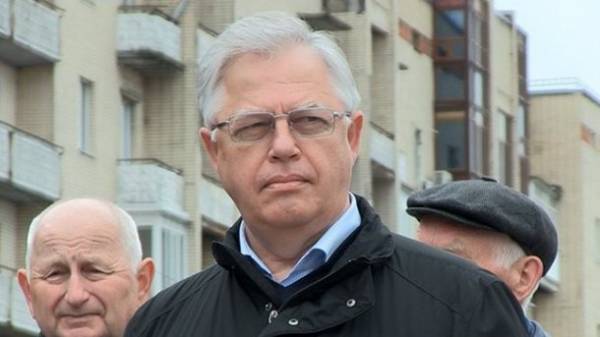 In Zhytomyr with the participation of more than 100 people held a rally on the occasion of international workers ‘ Day. As UNIAN correspondent, participants of the rally gathered at the Cathedral square. They were holding red flags without political symbols and posters with slogans “Ukrainian – Ukrainian gas at cost price!”, “Our goal is socialism” etc.

Speakers at the rally protested against the reforms which the current government, in particular, land and pension. In addition, participants in the meeting demanded increase in the number of jobs created directly in Ukraine. The participants also criticized the process of de-communization. In addition, the protesters were in favour of the current government “there were more representatives of the working people”.

The organizers of the event were made by the representatives of Zhytomyr organization of the former Communist party, in particular, the rally was attended by its former leader Petro Symonenko.

Also, there was a scuffle between MP-svobodovets and protesters. Svobodovets Oleg Chernjakevich could not resist the speeches of the representatives of the Communist party banned and decided to turn off their sound on the speakers. Because of this, a fight broke out between the Communist Svoboda, reports Zhitomir.info. The action lasted about two hours. Petro Symonenko quickly got in the car Honda Accord and drove away from the area, not even talking to people.