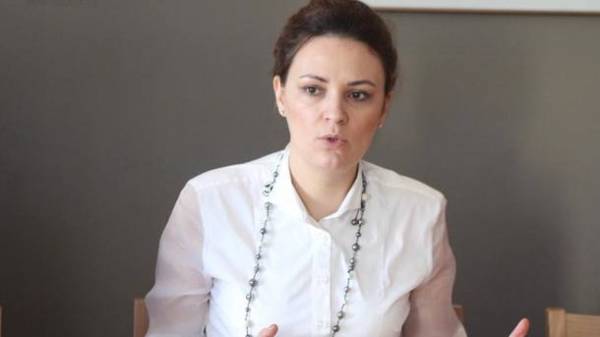 The decision of the NSDC and the presidential decree banning Russian social networks and programs is reasonable, but the question is how quickly the market can adapt and develop new alternative products. Comments about this “Today” said the head of the Office of the investment Council under the President of Ukraine, former first Deputy head of the Ministry Yulia Kovaliv.

For example, ban the use of Russian accounting program 1C applies, first and foremost, public companies and institutions. As for business, according to the preliminary explanation of the government, the program can be used.

“The issue with subsequent updates and other versions. Actually, we have hope that the market will create an alternative at the time. In fact it is very risky, when we have one software maker – the Russian monopolist, which is, in fact, controls more than 70% of the market. And considering the last kiberataki that was in the world, not only in Ukraine, You saw just a week ago, which was a cyberattack on the health care system in Britain. Accordingly, having such a monopoly, which puts at risk the most small, medium and large business in Ukraine, which works for 1C, from the point of view of cybersecurity is a risky situation. And this decision (to impose sanctions – Ed.) makes sense. The only question is how quickly the market can adapt and develop new alternative products,” said Yulia Kovaliv.

On the question of “Today” on whether to develop amendments to the Ukrainian legislation, providing responsibility for the use of Russian programs, yet, according to Yulia Kovaliv, such initiatives in the Verkhovna Rada registered.

“But I think that’s the next step. A ban – this is the first decision. Then everyone should understand that it worked, on the one hand, there should be a mechanism of punishment, on the other – must be some kind of healthy alternative. As it turned out, there are a few Ukrainian IT-products, and in this situation we will give a big boost to the Ukrainian developers. Of course, you may need six months or a year to such Ukrainian products appeared. But without it we would be even more vulnerable to global cyber-attacks by viruses, which can have more serious consequences than the hysteria of yesterday and today from the ban of social networks”, – summed up the head Office of the investment Council under the President of Ukraine.

The resignation Smoliy: turn on whether the NBU printing press