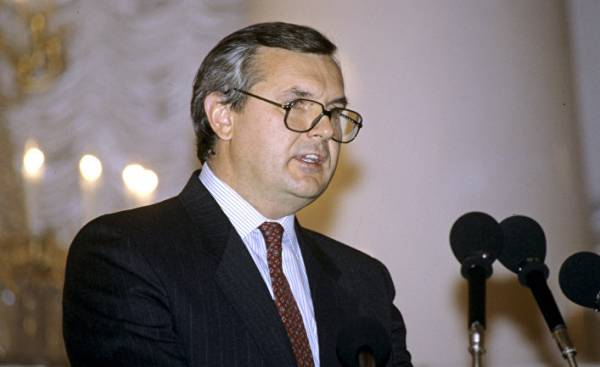 The first foreign Minister of the restored Latvia, Sejm Deputy of several convocations Janis Jurkans, describing events in the United States, Europe, and their influence on Latvia, and the ability of Latvia to act adequately to the situation, in an interview to Neatkarīgā stated that God had departed from Latvia.

NRA: We exist in an independent state longer than before the war. What we have had, in comparison with the government and people of pre-war Latvia, the quality of awareness of his state?

Janis Jurkans: I will Start with how the ended the first period (independence). As you know, he left a legacy of luxurious embassies, dozens of tons of gold, securities, etc. Karlis Ulmanis in six years, in my opinion, raised the economy of Latvia is at a very high level. Just like — pardon the comparison — Hitler. When he came to power, Germany was disorganized, but within six years became a powerful superpower of Europe.

I believe that we are in a period of 27 years squandered this state. Maybe it sounds callous, but in principle, the state is no more. There is a territory. Maybe we are the masters of your budget? No, we have to coordinate it with the creditors. How can we guard its borders? No, you can’t. Aren’t we over the years has created a nation? We have no nation, we have a society split into two camps. Our integration was a sauce of hypocrisy. I do not believe that this society can unite. At least our generation can’t. In order that it could make the young, you need certain prerequisites. Besides, in those days it was not globalization as it is today. Globalisation greatly undermines the nation-state.

— What is the reason for our poor attitude to the state?

— Our generation had their own state. When we restored its state independence, state loved. We, Latvians, Latvia began to plunder. In addition, some stolen money from us buying the policy. And it is bought until now. My short answer to “why?”: we have not had their own state. In connection with the privatization process we had no instinct: this is my state.

— What you need to do to change the situation?

— This requires three preconditions. First of all, so that voters understand the seriousness of the situation, they must cost to put on the backside so that any concussion. It may sound cynical, but in the economic sense is needed, as the Russians say, the collapse, when there is nothing to lose.

Take to the streets and begin. As do the Greeks. But all these years, works conceived for the naive slogan “the Latvian, do not surrender!”, which did not bring any victories.

The second need is new people. I know students who don’t want to live in Latvia, but do not leave for the sake of welfare. They don’t know how to act, but they are looking for. And I’m afraid too because the security services are much quicker than in his time. Will young to create a new popular front, which people believed? This could happen if now, as in 80-e years was the active intelligentsia. This is the third.

But so far, no horizons are seen. So it seems that the person is willing to tolerate further. Besides, has now added a new technique: the militarization of consciousness of the society. They say that Russian is about to attack…

— So it is alleged. But it’s not enough reasonably.

— Of course. I’ll tell you one episode. I was invited to lecture at the London School of ecomics. It was one of the most important events in my political life. There are Oxford, Cambridge, and now this school. I’m telling you this because there were young people who believe that Russia is about to attack on the Baltic States. One British General wrote a book that’s going to happen in may. Immediately after may 9 will be a new occupation. To me a lecture in this school were made by the Professor who said if he lived in Latvia, he could gather her things and went away. There is a belief that the next occupation might not happen. And students believe it… Even when trying to prove that, at least until it’s impossible, because Russia can’t afford the Crimea, Russia is stuck in Ukraine, Russia, in fact, can’t pull herself…

— And that Ukraine is now considered or is the main place of potential or desired for someone the war?

In one of his books, Zbigniew Brzezinski writes that until 2015, Ukraine needs to break away from Russia, otherwise Russia will become the hegemon of Eurasia, and that can’t happen.

— What are the prospects of Ukraine? Even the politicians of Ukrainian origin, wrote that presidents, starting with Kravchuk and ending Poroshenko, engaged in sale of statehood.

Petro Poroshenko has appointed Mikhail Saakashvili, the Governor of Odessa. After a year and a half, he said, the fish rots from the head.

You asked me about the prospects of Ukraine… I Think that is advantageous for Russia to keep Donetsk and Lugansk regions in a state of some half-dead war. Russia will never join these areas to yourself. If this happens, the others immediately join NATO and the EU. The current situation is what is holding it back. It is beneficial to Russia.

I don’t know what should happen in Ukraine, that there really could negotiate an end to the conflict. Don’t know how long the West will pour money like sand, stolen… I Think that the West absolutely does not know what Ukraine. Perhaps the West believes that Ukraine is more like Poland. The homogeneous state. People in the West don’t even know that Ukraine, at least three of the historical memory. Ukraine has a lot of regional languages — about 20. This is an incredibly difficult state. And if, for example, Poroshenko is now attempted to liberate the Lugansk and Donetsk will join Russia, will the Ukraine, NATO or the Americans? I don’t know… I think everything looks pretty hopeless.

… In the morning when it became known that (U.S. President) elected Donald trump, I said world war III is delayed. I had confidence that, if elected, Hillary Clinton is the war with Russia started would definitely.

Today, however, what had previously said the trump is turned upside down. The trouble with trump is that the globalists who lost the election, not so easy to give up. For them the policy of trump — closed America is extremely unacceptable. And if a horror story was not Russia, would come up with another horror story.

Besides, trump is acting clumsily. He has lunch with the first person China, and simultaneously bombing the airfield in Syria. Diplomatically it is not linked. At least informed… But he put the Chinese before the fact. Previously, it seemed that trump will go along with Russian and China. Now it seems that the opposite is true. And, it seems, the Chinese have caught. When voting in the UN on Syria, the Chinese abstained and did not vote along with the Russians, as is usually the case.

Perhaps trump now seems to be leaning toward China, to somehow reduce the pressure of the Senate and of Congress in connection with its desire to cooperate with Putin and Russia. But can you predict that China will become the hegemon of the region, South Asia. I think not. Does this trump, I don’t know… nothing we can predict, because trump, in my opinion, unpredictable.

— What has not been done properly, to be able to talk about stable security?

— I think that the biggest mistake we embraced, it sanctions the EU and US against Russia. Why? I put forward the thesis: the security key of the world, including our own, at the Kremlin. Regardless of who will be there host — Putin or someone else. Because Russia has a huge nuclear Arsenal. I don’t think cleverly will not trigger with the Russian partnership. Besides, I think that the Russians, like the Americans and all others has a right to its own national interests. Unfortunately, in the West, very little of Kissinger, who at the time knew that the Russians cannot be isolated, and that the Russian need to speak. The demonization of Putin is not policy, it is the lack of a policy.

The fact is that whoever was in the Kremlin, nuclear weapons, which the Russians have, in great measure, will determine what will be the world order. What is the procedure? There will be peace or not. I don’t know what an atomic bomb, but I know that we have come to a potential war are very close. At least over Syria. And because of Ukraine…

— About Latvia, you said that no future horizons are seen. I think that the younger generation will see them.

— What I’m building your pessimism? Let’s see what our demographics! I read the UN last year that the birth rate in the EU for 25-30 years decreased by 30%. Who will be living here? Anyway — how many years do we have to take residents from the rest of the world. What will happen with this Latvia? I can afford a Latvian? To build a mosque?

Politically the role of the Church is secondary. Today for European policy means God? Are there any more in Europe God?

Latvia will need to change the national anthem. The Scriptures say that everything happens according to God’s plan. I doubt that in the divine plan to bless this Latvia. For what? Unless we obey the main commandment: do not do to others what you don’t want to make another did you? Unless we love the neighbor as yourself? And what about forgiveness? None of these main precepts in our society there. But we ask God’s blessing. This hypocrisy… 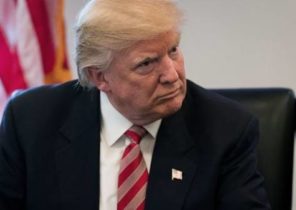