The government helped private companies to organize delivery from China

Prices on masks in pharmacies has reduced due to the cooperation of the state with private companies. This broadcast of a television said the Deputy head of the Office of the President, the Secretary of the coordinating Council on issues COVID-19 Kirill Timoshenko, who said earlier that Ukraine has passed the crisis stage with the delivery of medical, reports the press service of the President’s Office.

“Ordinary three-layer masks, which we have at that moment in pharmacies almost was not. And if there was, their price was 20 or 25 HR … And here they are (commercial company. – Ed.) we asked: “Can you provide us the opportunity to fly out of China?” Because actually from China, no supply it is impossible to do or they were very expensive. We gave them the opportunity, connected them directly with the airlines, and they dropped their loads behind the masks that they brought was paid for the planes themselves,” – said Kirill Timoshenko.

Because of this, according to him, for two or three weeks was able to reduce the price of masks in pharmacies from 20-25 to 8-10 hryvnia hryvnia.

“That is actually the fact that we have allowed commercial companies to bring a mask, we have reduced the price which was, and filled the Ukrainian market of masks,” – said the Deputy head of the President’s Office.

We will remind, on April 30 at the international airport “Borispol” there arrived the plane from China, which delivered 400 thousand 50 thousand respirators and protective flaps for Ukrainian doctors. It was the last flight of “air bridge”, which was organized by the President’s Office to meet the needs of Ukraine in the means of individual protection and medicines. All were sent to more than 25 aircraft.

All the details in a special topic Coronavirus in Ukraine 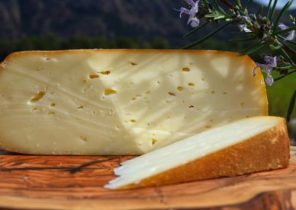