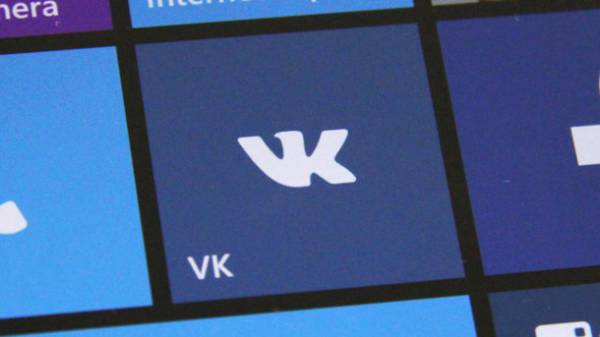 Ukrainian Internet providers are already required technically to prepare for shutdown of Russian web-resources, which leads to loss of traffic, and hence money. Businesses will now have to review the site, plans and budgets to communicate with their audience, and ordinary Ukrainians puzzled by finding alternative software solutions, writes UBR.

The main impact will Russian producers of software. For example, “Yandex” is the largest producer, not only the owner of the service “Maps”. The same applies to Mail.ru Group, which in the first place, a diversified software company, not the postal service, according to most users.

In addition, limiting the activity in Ukraine of Russian system integrators, who still remained full-fledged players on our IT market and, at least occasionally, but continued to supply software and hardware to Ukrainian companies-clients.

“Of course, for Ukrainian IT-companies, the decision is a positive as it protects the interests of Russian business and provides him additional opportunities,” — said the Director of Department of corporate sales “IT Integrator” Ivan Sidorenko.

While the legislation does not define the order of execution of such sanctions on the Telecom market, so immediately, most likely, nothing will change, lawyers say. But past experience implementing similar sanctions, for example, in the banking market shows that the deficiency of the law quickly kompensiruet regulations, which, unlike the national security Council, as the time can directly influence market participants — in this case providers of telecommunications services.

Lock proposes the names of the second and third level, and in some cases a URL. This means that providers, if they conduct lock, that is only part of a list of domain names solution. For example, as per the decision no domains <drweb.ua> and <Kaspersky.ua>, then access to these resources will not be restricted.

In addition, it sounds as contrary to the norms of the Civil code of Ukraine a provision which imposes a prohibition to the subjects of the Russian Federation to dispose of the intellectual property (and without any concrete definition of these objects). “Russian companies do not necessary to restructure their work, to re-brand and sell your products in Ukraine, for example, already from the state of Delaware or of some island jurisdiction,” — said Ekaterina Oleinik.

More difficult is the situation with social networks and services “Yandex”. Probably the transition to the new domain from a technological point of view is not so simple.

But then the question is: with what resources were synchronized services “Yandex” and that will “break” or not work in the Ukrainian segment of the Internet, e-Commerce market after the lock (the same “Yandex.Money”, for example).

In “Yandex” while not saying anything about whether to operate their services after the imposition of sanctions. “Business of the group of companies “Yandex” is very large, and sanctions will not have a negative impact. But we consider Ukraine to be an important part of our work and regret that the sanctions nullify all long-term efforts of our team. The main victim of the sanctions is Ukrainian,” — said to us in the company.

As described in the “Kaspersky Lab”, the certificates provided to the company’s products means that they can be used to ensure the IT security of public authorities and business, and the sanctions will not have a significant impact on them.

There are loopholes and for Mail.ru, experts say. “If you carefully read the decree, the sanctions applied to the company Mail.Ru Group, we are talking about blocking of their services in General. In theory, the company can give access rights to them to another legal entity, and create “mirrors” of their sites,” said an IT expert Victor Valeev.

Besides, the international practice of locking suggests that such situations only lead to finding new ways to circumvent the ban. In particular, and by the users themselves. The easiest option is to download the browser “tor” which you can use to browse blocked websites. “You will likely see services adapter, which will cut off the information about the IP,” said CEO and founder of business network Hubber Artem Shevchenko.

So, some online shops go for their customers in Facebook and other services, experts say, and those who were there, will agitate users go to your site. There will be a redistribution of traffic, because the Ukrainians will spend more time on other services.

Therefore, Ukrainian businessmen, which focus on sales in social networks will have to rethink the strategy of interaction with the audience.

“Customers who switched to our website from the service “Yandex” and mail.ru “generates” we are collectively not more than 5% of actual sales. I think the users will “flow” in the other search. But more than 25% of subscribers in our database have used the services yandex and mail.ru mail. But I think it will quickly learn different VPN service, especially the young audience “Vkontakte”, — says the managing partner of the online store F.ua Dmytro Pokotilo.

Not the case with resources for business, particularly with the program “1C” for businesses, which over the last 20 years in fact became a monopolist in this direction.

On the one hand, the sanctions were legal entities (including distributors in Ukraine) and not the product itself. Other sanctions include the freezing of assets and the activities of such legal entities, and at the moment it is difficult to imagine how this will affect the work of “1C” in Ukraine.

“Well, if the author of these sanctions documents any ideas on how the business is painless “escape” from “1C”, which are used also and the fiscal authorities, and what is the alternative. If there are no ideas, then, perhaps, users would have to find a substitute (e.g. SAP), or trust of the company “1C”, which States that sanctions will not affect the maintenance of software products for accounting,” — said in a conversation with UBR.ua senior legal counsel SBT Systems Ukraine Elena Talalay.

First, the decree addresses restrictions on the economic activities of companies, but it does not prohibit the use of previously purchased products. For example, Yandex will not be able to sell advertising, so they will be forced to leave the market, and “1C”.

According to experts, is fast to replace the products of “1C” nothing, because among the analogues only have a niche of more expensive solutions, which are not affordable to small and medium businesses.

“For example, we as a supplier can see that Microsoft has a industrial system that will be able to replace “1C”. Although the price of these solutions are higher, but the functionality is much wider. With regard to the production of “Sail”, we think we will see a rather rapid replacement of this, as informed government bodies have used this product quite actively,” — said Sidorenko.

As reported, on may 16 , President Petro Poroshenko has signed the decree about introduction of sanctions against Russia. Only in the doghouse was already more than 450 companies and 1228 individuals, a ban will be in effect from one year to three. In the new list — odious military concern “Almaz-Antey”, defending the Russian position on shot down over the Donbas “Boeing”, the number of Russian airlines and companies that deal with construction in the Crimea.

Sanctions against Russian Internet resources is for three years.

May 17, presidential decree entered into force.