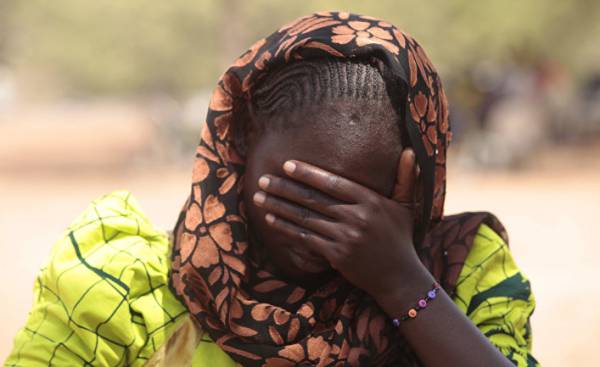 “Whoever claims that “conflict is over”, is lying. Boko Haram is not lost”. Sitting in his luxurious office on the first floor of a large and most protected house in Maiduguri, the Governor of Borno state Kashim Shettima disagrees with the position of the army and head of state. Those repeatedly stated “technical defeat” the terrorist group, which in 2009 began with the city of his bloody Jihad after the elimination of the special services of its founder Mohammed Yusuf.

Governor Shettima clearly concerned had to him the confidential report, which provides a long list of recent “incidents” (occurring at least once a week). After a break from September to January in Maiduguri again begins the “season” of the attacks, although the number of victims and was on the decline. Recently, the security forces eliminated two points of production of explosives in the heart of the city, which raises concerns about large-scale terrorist attacks in the future.

Maiduguri has long been a beleaguered fortress in the region, which lost 20 million people and where there are more than 2.6 million refugees since the conflict began. Part of the territory of this state, which is twice the size of Belgium and borders with Chad, Cameroon and Niger, is still controlled by the army. Jihadists continue to move freely, to find the distribution channels to penetrate into the economy and carry out military operations.

Boric — “province of the Islamic state”

Statements about the weakening of the “Boko Haram” related to the fact that the movement broke into several parts. Devoid of the Central command of the jihadist organization is now split up into two or three groups. According to some sources, since March they are in talks about a possible merger, under the leadership of Mamman Nur.

We know little about the strategist, who is credited with the preparation of a terrorist act in the UN building in the Nigerian capital Abuja in 2011, as well as operations in Diffa in Southeast Niger in June 2016 (26 deaths among the security forces and 55 among the rebels). His skills in logistics and communications among African jihadists made him great reputation from Kidal (Mali) to Mogadishu (Somalia) and Khartoum (Sudan).

Boric involved in the fight against terrorism, military and volunteers talking about the “group of Nur”. The “Boko Haram” is a “West African province” of the “Islamic state” (banned in Russia as a terrorist organization — approx. ed.), “ruler” which in August 2016, was assigned to Abu Musab al-Barnawi (sometimes called the son of Mohamed Yusuf).

Being thousands of miles away from Nigeria, the leader of the IG Abu Bakr al-Baghdadi eventually dismissed unmanaged Abubakar Shekau, who led Boko Haram since 2009. Rambling (and unorthodox from a religious point of view) applications Shekau, killing Muslims, the use of children as suicide bombers — all this made him an outcast in the IG.

Shekau in the forest, Blasher on the border

“The group Shekau” weakened, but still remains active in the northeast of Nigeria. In may, she released kidnapped three years earlier 82 Schoolgirls in exchange for the release of several militants and a large amount of money from Western mediators. Shekau and his cohorts (most of them belong to the Kanuri tribe) continue operation in the Eastern part of the forest Sambisa where there is no end to the fighting between the Mujahideen and the army.

People Shekau maintaining a presence in the vicinity of Maiduguri, as well as in the strategic border area with Cameroon. In this country, which entered the war with Boko Haram in 2014, “the group Shekau” has reference points and perhaps even logistics bases in the vicinity Kolofata, where often there have been brutal attacks.

A little further North, near the border of Chad, Cameroon and Nigeria, the acts have entered into “Boko Haram” former smuggler Ban Blasher, who inside knows all the local ins and trails. One time he was considered the successor Shekau, and he has a certain autonomy.

Lake Chad is a refuge near the borders of four States

Proven skilful strategists Mamman Nur and Abu Musab al-Barnawi maintaining a presence in the Western part of the forest Sambisa and lake Chad, which became their new sanctuary on the border of four States. They have attracted into their ranks the West African jihadists who entered the country with weapons and Luggage, including from Libya. They arrange a workout for the fighters on the lake Islands and are trying to negotiate with “al-Qaeda” (banned in Russia as a terrorist organization — approx. ed.) on the topic of smuggling weapons.

Such information managed to get of Le Monde from a few reports of the regional security forces.

Although Mamman Nur and Abu Musab al-Barnawi under the flag of ISIS, they have not severed ties with al-Qaeda” in the Islamic Maghreb” and its satellites. According to several sources, their emissaries made contact with jihadist groups like “Ansarul Islam”, which is rampant in the North of Burkina Faso since the end of 2016. Thus, they are like trying to add weight to the expression “the province of the IG”, and also to expand its influence beyond the basin of Chad, hoping to attract the other groups in the area from Mauritania to Central African Republic.

“In recent months we have seen new and clear interregional dynamics, which could be the embodiment in the Central African Republic, Libya and Burkina Faso. A group of “Nur-Barnawi” making efforts in order to include other jihadist movements in the “West African province” of ISIS and to build the new armed forces, says expert on terrorism, Jan Saint-Pierre (Yan St-Pierre) is located in Germany Modern Security Consulting Group. — “West African province” methodically formed a network outside its “natural” zone of action and patiently joined the jihadist regional dynamics”.

Initially, Boko Haram was a founded in 2002 by an Islamist sect, but then turned into a jihadist group with a number of requirements, which did not go beyond the local context. In 2015, the organization has grown in the West African offshoot of IG and began to try to expand its activities in the border country to the North-East of Nigeria. Now her plans expansion aimed at the whole of West Africa. “The response of the region’s countries covers crisis zones, which are outside of the lake Chad basin. Therefore, Boko Haram is still a handicap,” — says one Cameroonian analyst.

In addition, the Duo Mamman Nur and Abu Musab al-Barnawi experiencing a new, softer strategy toward the forgotten States population, which becomes the object of persecution of the army and abandoned the traditional and religious leaders.

“In a lake region that, apparently, works because suffered a population receptive to what considers steps forward. Feel that it less willing to cooperate with us,” answered the soldier volunteer self — defense detachment, which is subordinate to the Nigerian security services.

The leaders of the “province of the IG” distanciruemsa from blind cruelty Shekau and try to spare the village in the South of lake Chad (in some cases, residents are warned about the stock). In addition, people offer food, captured during raids medicines and less bloody version of jihadi Salafism. Besides, the Islamists were able to take credit for certain military successes in operations against armed forces in the region that is now two and a half years are part of the United international group: it did not have the desired budget, poorly armed, and shaken by political squabbles and rivalry on the level of command.

“This “Boko Haram” is far more dangerous, because she does everything to get the sympathy of the population”, — said in conclusion the Governor of Borno Kashim Shettima.