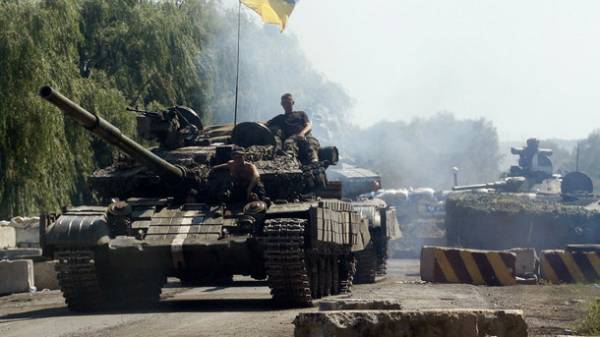 President of Ukraine Petro Poroshenko has signed a decree on the celebration of the 26th anniversary of independence of Ukraine, which envisages, in particular, the military parade on Khreshchatyk and Independence square.

“The Cabinet of Ministers of Ukraine … to develop, taking into account proposals of the organizing Committee, approve and ensure the implementation of the action plan on preparation and celebration of the 26th anniversary of independence of Ukraine, providing, in particular, carrying out: (…) 24 August 2017, the Independence Day of Ukraine military parade on Khreschatyk street and Independence square in the Ukrainian capital city of Kiev”, – stated in the decree of may 15.

In addition, on August 23, the Day of State flag of Ukraine, in Kyiv and other settlements, as well as in foreign diplomatic institutions of Ukraine will take place the official ceremony of raising the national flag of Ukraine and other activities.

The decree also provides for the holding of solemn events on the occasion of the Independence Day in Kiev and other localities with the participation of representatives of bodies of state power, bodies of local self-government, people’s deputies of Ukraine, fighters for independence of Ukraine in XX century, members of the antiterrorist operation in the Donetsk and Lugansk regions, representatives of religious organizations, and the public.

In addition, mandated to organize and conduct a cultural, sports and other Patriotic and educational promotions etc.

Regional and Kyiv city state administration should ensure the development and implementation of regional plans of measures on preparation and celebration of the 26th anniversary of independence of Ukraine, and also to take additional measures to ensure the improvement, streamlining of cultural heritage objects, monuments, memorials and burial sites of prominent figures of the Ukrainian state, fighters for independence of Ukraine in the XX century, victims of the Revolution of dignity, participants of military operations in the Donbass.

The decree comes into force from the date of its publication.