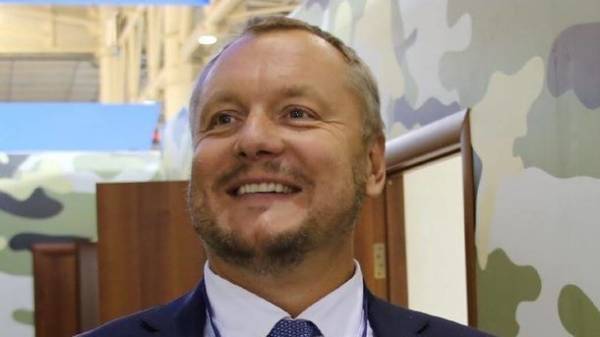 The Committee on regulations of the Verkhovna Rada approved a draft resolution on early termination of powers of non-faction people’s Deputy Andrey Artemenko and encouraged the MPs to consider it in the session hall.

According to Pynzenyk, the Committee also received a request Artemenko not to consider his question at the meeting due to the fact that the decree of the President appealed to the Supreme administrative court of Ukraine, and also due to the fact that “in the framework of this administrative proceeding they filed a petition for termination of the decree of President regarding the termination of his citizenship”.

“In connection with the above draft decision, which is contained in your materials, and has proposed to the Verkhovna Rada a draft resolution on termination of powers of people’s Deputy Andrey Artemenko”, – announced the head of the Committee’s decision before making the vote.

As reported, in February 2017, the New York Times reported that Artemenko was transferred to the administration of U.S. President Donald trump prepared a “plan of settlement” of the conflict in Eastern Ukraine.

“The plan”, in particular, provides for the holding of all-Ukrainian referendum on the transfer of Ukraine’s Russian Crimea “in the lease for a period of 50 to 100 years” and “the withdrawal of Russian troops from Eastern Ukraine”.

Prosecutors are investigating criminal proceedings against Artemenko for anti-state action in cooperation with the Russian Federation.

20 February parliamentary faction of the Radical party, Oleg Lyashko decided to exclude Artemenko Deputy from among its members.

April 21, the Prosecutor General’s office of Ukraine appealed to the Minister of internal Affairs of Ukraine Arsen Avakov with a request to initiate through the State migration service, the procedure of loss of citizenship of Ukraine Artemenko due to the fact that during the investigation of criminal proceedings under article 111 (high treason) of the criminal code of Ukraine has collected enough documents to indicate that Artemenko was awarded the canadian citizenship and has passport of citizen of Canada.

By the decree of the President of Ukraine Petro Poroshenko, dated April 29, terminated the citizenship of Ukraine people’s Deputy Artemenko.

4 may the head of the Subcommittee on security of state information systems of the Verkhovna Rada Committee on national security and defense Irina Friz confirmed that Artemenko deprived of Ukrainian citizenship by the decree of the President of Petro Poroshenko, and explained that it also means the loss of the status of people’s Deputy.