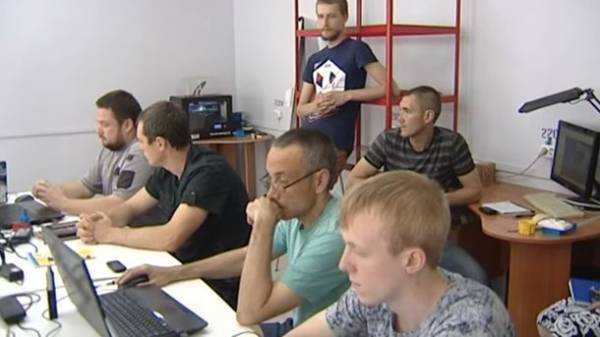 In the Odessa region demobilizing combatants in the East of Ukraine will be taught to keep small business. In the village of Dobroslav (ex.) kicked off a training course for veterans and their families. Organizers say the main goal of the project is to help the military to adapt to the conditions of peaceful life.

For courses in Dobroslava came 32 people, which will teach the basics of Economics, will teach you how to create business plans and calculate investment. “Some students received only basic secondary education, there are those who have completed all nine classes. For them it is a very good opportunity to start a business”, — told the “Today” head of the public organization “Veterans of the ATO Lamandini” Vladimir Kalyuzhny. According to him, the main plus of the program is its availability, people do not need to go to Odessa, teachers come twice a week and intensive training days.

Classes are held twice a week from morning to evening, and the whole course lasts for three months. Regional representative of the International Fund of social adaptation, which cooperates with the Norwegian Ministry of foreign Affairs and financed by training, Sergey Tronko told us that the teachers of the South Ukrainian national pedagogical University im. Ushinsky on the program Norwegian University NORD.

“In the Odessa region, classes are conducted only on the subject of small business. This is the most popular because graduates can start their business and to rely on the occurrence in a structural unit of any enterprise. The program is constantly adjusted taking into account the recommendations of the European partners. At the end students receive a certificate from the Ministry of education of Ukraine, as well as from the Norwegian University”, — told the “Today” Tronko.

According to statistics, since 2014, on the basis of pedagogical University, a new profession has received more than 190 people — ex-military and their families. By the way, the same courses for the fighters from the East are held in Izmail.

Despite the fact that school just started, yesterday’s fighters are already making plans for the future, hoping to apply the knowledge in practice. Someone wants to open one, someone to represent the Agency and to establish the apiary. “When possible, it is a sin not to go to school,” said “Today” one of the students of the course Vladimir.

GRANTS FOR START-UPS AND CHICKENS

Veterans Limansky district actively developing their own farms and return to civilian life. Last year members of the organization “veterans of the ATO Lamandini” won three of the grant of 20 000 UAH for the development of agricultural start-UPS.

“One family runs a small livestock farm, already bought two cows, and the other grown chickens, broiler. Another young man will grow oyster mushrooms” — told us in the organization. Left the oblast center of employment.

“We assist veterans in finding suitable employment, provide consultation services to help in career guidance, organize refresher courses and retraining. Also the employment center promotes business startup and provides money for a successful start”, — explained in the center, adding that the same support is provided to all unemployed.