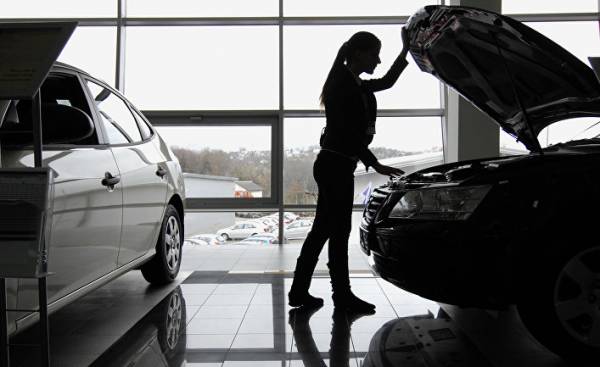 Growth of 6.9% in April met with cautious response. The Russian market still shows the worst performance over the past 10 years, decreasing by half compared to the record level of 2012.

The good news, however, it should be treated with caution: sales of passenger cars in Russia rose in April by 6.9% for the year, amounting to a total of 130 thousand units. This rise of more than 2 points below the registered in March (9%), however, after four years of decline is “another step in the right direction,” said the head of the automobile manufacturers Committee of the AEB Joerg Schreiber (Joerg Schreiber). Introducing his organization figures coming from all manufacturers and respected in Russia. “Until we have seen a strong seasonal trend: the current cautious recovery still fragile,” he said.

Sales of Russian AVTOVAZ, which came under the control of Renault-Nissan and got financial injections from the group, rose by 7%, while foreign cars demonstrate even more impressive results: + 9% Renault, +10 % in Peugeot, +32 % for Kia, +21 %, Volkswagen, +12% a Hyundai… anyway, for the first four months of the year, total sales grew by only 2.6% yoy. Initially, the AEB predicted 4% in 2017, but won’t provide figures for such a remote period. Last year total sales amounted to 1.4 million units, which is very far from 3 million in 2012.

The collapse of the ruble

On the background of lasting for two years of recession in the national economy, collapse of oil prices and adopted by the West of sanctions on the Ukrainian crisis, the Russian market still remains the lowest in the last ten years mark, settling doubled compared with 2012. Then he ranked second in Europe, behind only Germany. Today it lags behind the UK, Italy and France. Sales fell 37% in 2015 and 11% in 2016. The recession has reduced the purchasing power of Russians and led to the fall of the ruble utyanuv down not only sales, but also profitability.

In the whole Russian economy now planned, albeit tentative return to growth. “The rise of the automotive market should accelerate in the second half of the program fees associated with the exchange of old cars and low interest rates, — says the analyst of the savings Bank Igor Vasilyev. In the long term, Russia will continue to attract foreign manufacturers.” The more that the number of cars per capita in Russia is significantly behind other European countries.