State support will operate for a period of quarantine

President Vladimir Zelensky signed the Verkhovna Rada adopted the law on support of culture, thanks to which the creative industries will be supported during the quarantine.

According to him, the law on state support in the sphere of culture, creative industries, tourism, small and medium business in connection with the quarantine action should help the cultural institutions that are strongly affected by restrictive measures.

“Creative industries and cultural institutions are among those most affected by the quarantine. After all, their activity stopped almost completely, and they now live in complete uncertainty. This whole sectors of the economy, which today are on the brink of survival. They also pay taxes and give people jobs, therefore, require no less support than traditional business,” said Zelensky.

The act provides the opportunity for cultural facilities to reduce the fee for the rental property if they were not able to use it because of the quarantine.

One of the highlights is the state support of cinematography in the form of a state subsidy to development projects. It is noted that for national fiction, animation, documentaries, films for children (including artistic and cultural significance), films of artistic and cultural significance (author), television movies, series and debut films, it can be up to 100% inclusive of the total estimated cost.

By the end of this year, broadcasters and program service providers that use radio frequency resource, are exempt from payment of 50% of the cost of services of concern of broadcasting, radiocommunications and television.

The Cabinet of Ministers for the month after the entry into force of this law, develop and approve the procedure and conditions for granting subsidies cinematography on the film. The government has approved the list of paid services that may be provided to state and municipal institutions of culture, not a rent.

As reported “Today” in Ukraine from July 2 reopened cinema. However, the work of the cinema are permitted, provided 50 percent of the fullness of the visitors and to comply with several epidemiological conditions. 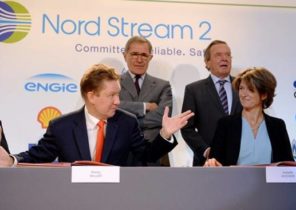