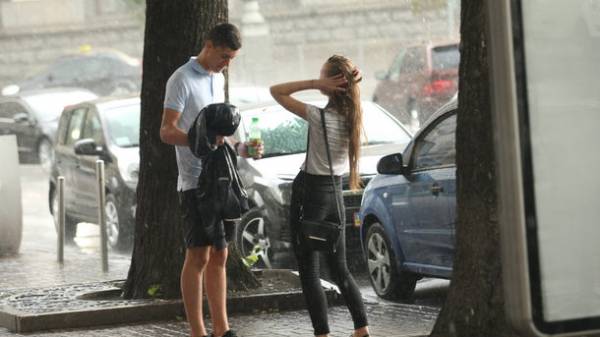 Weather forecasters promise that warmer, but in the Western, Eastern and southern areas will be rain and thunderstorms. According to Ukrgidromettsentra, throughout the country the air warms up to 15-19 degrees Celsius in the afternoon and 6-9 in the night.

In Western Ukraine, columns of thermometers will show from 17 to 21 degrees Celsius in the day and 6-8 at night. On Tuesday and Wednesday is rain is expected.

In the Northern regions will be dry and warm: 17-19 degrees during the day and 6-9 degrees at night. Similar weather will be observed in the center — about 18 degrees during the day and about 7 at night.
In the Eastern regions early in the week will be wet and temperatures will not rise above 15 degrees Celsius by day and 8 by night. But on Wednesday, a little warmer (16 degrees in the afternoon, 9 at night) and the rain is over.

In the South temperatures will range in the 15-18 degrees during the day and 8-10 at night. Monday, Tuesday and Wednesday here also rains.