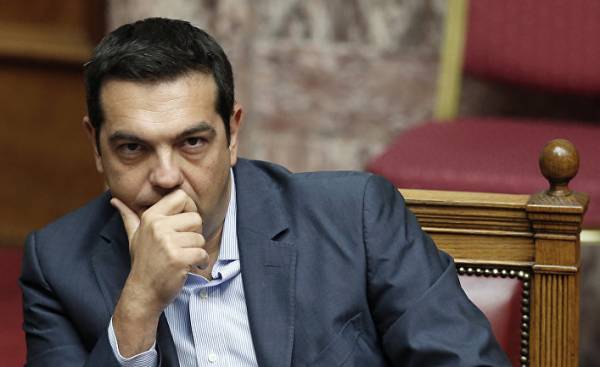 Dimitri K. — vet. He works in the Northern suburbs of Athens, in an area that is considered affluent. In the good old days in his waiting room was always full of people because he’s got a great reputation, he did not put excessively high bills, as usually did before the crisis in the area.

But times have changed. Because of the high tax state the number of clients Dimitri K. decreased last year by 25%. People limit themselves, even when it comes to love of animals. “They do only what you need,” says Dimitri. Its customers are concerned as he is. The reason for the uncertainty is that in the near future or can be completed in the second current assessment of credit programs, or the government will once again have to walk on the edge of the abyss. People still fear a repeat of the events of the summer of 2015.

On the effects of economic uncertainty, the vet knows firsthand. In his neighborhood recently closed several stores and a restaurant. The owner told him that after increasing the VAT rate from 13% to 24% of the profits is no more. He added, however, that when deciding on the closure of the business played a decisive role vanishing hope for a speedy recovery.

In Greece many people think so. The plans to expand cooperation and investment frozen until the situation is clarified. A promising cooperation agreement between the Greek group of companies and the international company has been postponed due to uncertain situation. Concern prevails in the industrial Association of Greece. Its representatives appealed to the government as soon as possible to complete the evaluation. The termination of inspections in December downgraded growth prospects for 2017. According to statements, the delay led to the fact that the economy was in a negative spiral. Very careful and experts. Economic Institute IOBE recently lowered its forecast in 2017 and expects growth of 1.5 to 2%; meanwhile, the government and the EU Commission come from the figures of 2.7%.


Alarmed first of all, the bankers, who did not hide his anxiety over delaying the evaluation. At the meeting of the Association of banks with Finance Minister Tsakalotos few days ago spoke about it openly. If you miss the deadline for the completion of the validation in February, all plans for the restoration of the banking sector will be called into question: plan reduction of problem loans, weakening of control over the movement of capital and the gradual restoration of normal liquidity in the real sector of the economy. In addition, because of a number of important parliamentary elections in Europe, bankers fear that the assessment will be postponed until the summer. Because in this case, banks may need new capital injections.

Concerns shared by banks and investors. Since mid-January, when it became obvious that the completion of the assessment will be postponed for an indefinite period, the General share index of the Athens stock exchange has lost about 7%, Bank stocks actually fell by 19%. According to sources in banking circles, is also concerned about Bank customers. Managers work with clients have reported a wave of questions about whether there is a threat of transfer of contributions to the capital of troubled banks. For the first time in a few months again was the outflow of deposits.

The Greek government initially contributed to the uncertainty of their seemingly uncompromising position. In December, Tsipras and his Ministers were tuned aggressively. They announced that they would not comply with “irrational” demands of the IMF, and almost daily attacked the German Finance Minister Schaeuble. The culmination of this demonstration of courage was the decision on the distribution of 617 million euros as a Christmas gift for seniors, as well as the threat of early elections if the creditors insist on their demands. This caused fear of a repetition of the events of the summer of 2015. Meanwhile, the government decided not to resign and declared his willingness to perform almost all creditors. Is that enough for the long-awaited completion of the evaluation, it will become clear later.