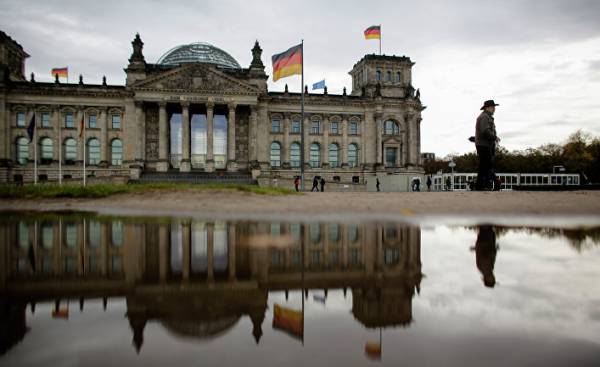 This Sunday, may 14, in North Rhine — Westphalia land election will be held. In Germany they are called “small universal” or dress rehearsal for a vote on September 24, when Germany will elect a new Bundestag, and he then — Chancellor.

The main struggle in this state are Hannelore Kraft (Hannelore Kraft) of the Social democratic party of Germany (SPD), which wants to remain Prime Minister and Christian Democrat Armin Lachet (Arnim Laschet) applying for this post. But the outcome of this duel will largely depend on the chances of candidates for Chancellor of Germany — President of the Christian democratic Union (CDU) Angela Merkel (Angela Merkel), who now heads the government, and her social democratic rival, Martin Schulz (Martin Schulz).

Land elections are important for the whole of Germany

Parliamentary elections in the Federal States always have regional specificity, but also a significant national dimension.

This is due to the fact that with all the power of the German federalism a key role in the land is played not by the state, the legislative authority which is still pretty limited, and local governments and their chairmen. Representatives of Executive power sitting in Berlin, in the Bundesrat, the powerful chamber of the Federal lands.

From the alignment of political forces in the Bundesrat depends on the fate of many undertakings of the Central government, affecting Federal lands. Therefore, the voters in the land in the local parliamentary elections are not only thinking about the future composition of your diet, but also about the policy that conduct of certain parties at the Federal level.

Why is it so important elections in North Rhine — Westphalia?

By area, North Rhine — Westphalia — only the fourth of the 16 Federal States of Germany, but by population first. It is home to nearly a quarter of all German voters — more than 13 million. So their vote on the land parliamentary elections is considered to be particularly representative indicator of electoral sentiment in Germany. Close to the average for the country and economic data, however, the unemployment rate is slightly higher GDP growth a little lower, and traffic jams on the highways are much longer.

However, the structure of voters in North Rhine — Westphalia is significantly different from residents of other regions. Here much higher proportion of urban population (10 of the 20 largest German cities are in this land), more people employed in industrial enterprises, there are disproportionately many headquarters of major corporations.

In the past, the balance of political forces in North Rhine — Westphalia has become a model for the Central government. So, in 1966, there was formed a government of social Democrats and liberals — the forerunner of the social-liberal coalition, Willy Brandt (Willy Brand).

The government of the Union of social-Democrats and “green” that, since 1998, led by Gerhard Schroeder (Gerhard Schröder) was also pre-tested in düsseldorf. The defeat of the social Democrats in elections in North Rhine — Westphalia in may 2005, a few months became the beginning of the era of Angela Merkel.

What does the latest polls?

On a place in the düsseldorf Landtag claim 31 party, but a chance to get into it or stay have only six: SPD, CDU, the liberal FDP, “Soyuz-90″/”green”, post-Communist Left party and right populist “Alternative for Germany”.

The last four parties have in surveys a rating of 6 to 13 percent (FDP). But the social Democrats and the conservatives are almost on a par: 31-33 percent. Some sociologists see one or two percentage points ahead of the SPD, the other CDU. But none of the polls does not promise the saving power of the land government in the same composition, that is, social-Democrats and “green”.

The tripartite coalition (SPD-green-liberals, the SPD-green-the postcommunists or CDU-green-FDP) are considered in North Rhine — Westphalia is extremely unlikely. Realistic is the possibility of so-called “Grand coalition” of conservatives and social Democrats, the current and at the Federal level. The main intrigue is which of these two parties will come to an finish this Sunday the first and thus will be able to apply for the post of Prime Minister.

A chance for Martin Schulz?

For social Democrats in North Rhine — Westphalia has almost the same value as for the Christian social Union (CSU) of Bavaria. It is a stronghold of the SPD. Over the past half century was only one episode (2005 to 2010) when the office of land Prime Minister in Dusseldorf held a conservative.

If this year it’ll go to the representative of the CDU, the chances of the social Democrats in the autumn to be removed from the post of Chancellor Angela Merkel will be even less. They now small. According to published Thursday, may 11, the survey Institute Infratest dimap, the gap between the CDU/CSU and the SPD on the Federal level began to rise again, and at an accelerated pace.

The conservatives are ready to vote, 37 percent of voters (+ 3 compared to April), the social Democrats — 27 (- 4). The difference in personal rating of Angela Merkel and Martin Schulz also increases. 63% (+1) sympathize with the Chancellor, 42% (- 6) — her opponent.

The success of the social Democrats in North Rhine — Westphalia could stop the negative trend, the defeat — the third in a row in a state election after failures in Saarland and Schleswig-Holstein, on the contrary, strengthened. “If the SPD takes second place in the elections, — considers, for example, an expert on the German party Oskar Niedermayer (Oskar’s Opinion), — Martin Schulz will be able to bury their hopes to take the post of Chancellor.” Especially because he hails from this Federal land.

What is wrong in Ukraine: why homes are destroyed, and the fees eat up wages