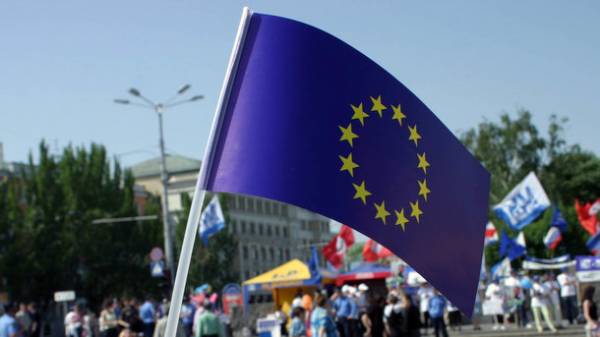 May 11
Council of the European Union at the Ministerial level agriculture and fishing supported the decision to liberalize the visa regime with Ukraine. Now the document must be signed by the President of the European Parliament and a representative of the EU presidency country (Malta) and published in the official journal of the EU. The decision on introduction of a visa-free regime will enter into force 20 days after publication. Tentatively it will happen on June 11.

3.3 million Ukrainians
issued biometric passports for travel abroad as at 11 may, in particular, over the last month such passports received 100 thousand people.

22 thousand teachers
elementary schools will be trained in the framework of the reform of the education system. According to the Minister of science and education Lilia Grinevich, these teachers in 2018 will take the first classes, they should start to work on new methods and with new content.

18%
increased in January-March the number of households who installed roof solar power plants and selling electricity at the “green tariff” until 1309, told the Saee. The installed capacity of such plants increased by 20% to 20.05 MW.

10-15%
dropped since early may, prices for traditional vegetables (cabbage, potatoes, carrots, beets and onions), was reported in Association “Ukrainian agrarian Confederation”. In April, these increased by 78.3 percent compared to March.

May 10
was the last working day of Valeria Gontareva as head of the National Bank of Ukraine – she was gone for a long vacation, until it will dismiss the Supreme Rada. Before Gontareva said that fulfilled all the tasks set before them. 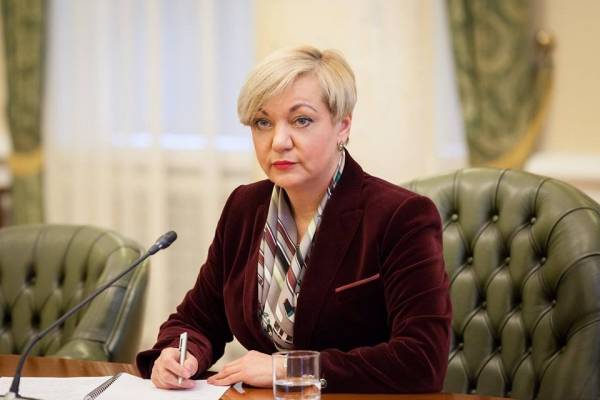 Gontareva the head of the NBU only formally. Photo press service

6.8%
rose in March, real wages in Ukraine, reported state statistics Committee. In January-March in annual terms, real wages grew by 19.3%. The average nominal wage full-time employee in March amounted to 6752 UAH. which is 8.7% more compared to February of this year and 37.2% more than in March 2016.

5 billion UAH
of its profits for last year, the NBU transferred to the state budget. Until the end of the year will be transferred 29.4 billion UAH. this amount will be divided into monthly installments so as to smooth the effect on liquidity of the banking system and to achieve the inflation target of the NBU.

5,09 billion
net profit for the first quarter received solvent banks in Ukraine against of 8.01 billion. the net loss for the same period in 2016, according to the NBU. While the banking system worked profitably for three months. This result was achieved for the first time since the pre-crisis 2013.

2.5 times
more than a year ago Ukrainian enterprises for the first four months of this year exported pork meat to 2.4 thousand tons In industry associations “Pig producers of Ukraine” reported that in monetary terms, exports amounted to 4.7 million dollars.

81%
increased in money terms the export of dairy products in January-April compared to the same period in 2016, said the “Association of milk producers”. Delivered by 36.4 thousand tons of dairy products in the amount of 63.7 million dollars, which in real terms by 33% more than the same period in 2016. The greatest growth continues to demonstrate oil sales in natural terms increased by 232,6%, and in monetary – on 319,5%. In January-April 2017 was exported 5.5 thousand tons of oil on $ 20 million. Most of the oil is sent to Morocco, Kazakhstan and Moldova.

7 may
the leader of the political movement “On the March” Emmanuel macron won in the second round of presidential elections in France. Voted 66,10% of the vote, or 20.7 million people. For his competitor – the leader of the party “national front” marine Le Pen is 33.9% or 10.6 million of the French. The total turnout in the second round – 74,62% (the lowest figure in the country since 1969). In this case is 6.33% of voters (about 3 million people) did not fill out the ballots, omitting their empty boxes. In addition, a 2,24% of the ballots (1.06 million people) are invalid, as filled with irregularities.

800 billion dollars
reached current capitalization of Apple. It was the first in history to have reached that market value. The five most expensive companies in the world now form only it companies: Google, Amazon, Apple, Facebook and Microsoft. In the first quarter of 2017, they together received more than $ 25 billion in net profit.

For the first time in 20 years
in the UK, construction began on the main part of the plant. The construction of the station Hinkley Point in southwest England is jointly funded by the French Electricite de France (EDF) and a consortium of Chinese investors led by China General Nuclear (CGN) that will provide a third of the necessary sum, estimated at 18 billion pounds.

900 km of pipes
will be placed at the bottom of the Black sea during the laying of the two branches of the export pipeline “Turkish stream”, the construction of which began “Gazprom”. To finish the construction promised in 2019, All funding claimed by the Russians.