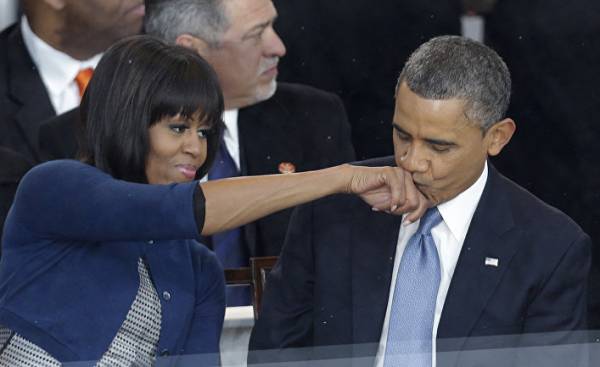 In fact, books about the life of Barack Obama abound. For example, journalist David Maraniss (David Maraniss) in 2010 wrote a comprehensive biography of the 44th President of the United States. David Remnick (David Remnick), chief editor of weekly magazine The New Yorker, said in his book “The Bridge” (“Bridge”), which means the first African-American President for the country. Obama himself wrote in detail about his family, his childhood and his career in the book under the English title “Dreams of my Father” (“Dreams from my father”).

This week there was another page 1472 about Obama, mainly about his student years and his first experience in the role of provincial policies in Illinois. Pulitzer prize winner David Garrow (David Garrow) 9 years working on the book “Rising star: the making of Barack Obama” (“Rising Star — The Making of Barack Obama”), which caused a sensation even before the US publication. Because the book Garrow, and explores the personal life of Obama, then cites the letters, mentions Obama’s use of cocaine and his friendship with a Professor, a homosexual, who “had spread beyond the audience.”

In a letter to a friend Obama mentions that is considering an affair with a Professor. “I asked myself, can I imagine myself as a homosexual”, — quotes Obama in his book, Garrow.

It is not surprising that the tabloid press pounced on what have been called “scandalous and sexy book.” The New York Post sees the “threat” of exemplary marriage of Barack Obama and his wife Michelle, as he suspects that with the publication of the revelations in the family began disorder.

But this book is more than just a collection promote sales of bedding stories about the period of “Storm and stress” of the former President. Garrow student portrays Obama as a young man who early believed in his destiny for something greater — and that every life decision has subordinated its goal of becoming the first colored President of the United States. Garrow believes that the White house for Obama was more than a dream. He was his target.

The first victim of the political ambitions of Obama was Dutch-Japanese student Sheila Miyoshi Jagger (Sheila Miyoshi Jager), with whom Obama lived together in the mid 80-ies. In 1986, he asked for her hand, but Jagger’s parents were against it. According to Jagger, quoted in the book, a year later, Obama has changed, he became more ambitious, more associated with black neighborhoods of Chicago. “I remember that in 1987 he had already had a goal to become President,” says Jagger in the book. According to one of his friends those times Obama was afraid that his reputation policy may suffer because of the white wife. Only a year later, Obama left Chicago to study law at the elite Harvard University, where he then met his current wife, Michelle Robinson.

The action of the book Garrow comes at a time when Obama himself was engaged in his story and worried about his political legacy. He recently presented plans for the construction of his presidential library in his hometown of Chicago, as well as going in his next book, describing the major lessons learned from them eight years in the White house. In the past 100 days, Obama was forced along with everyone to see how his successor repealed many of his political achievements. Most recently, trump announced the cancellation of Obamacare.

In one of his rare speeches Obama has demanded that politicians more courage to stand up for the sick and the poor. A scandalous book by David Garrow, he did not comment, but jokingly thanked his wife for the fact that it is still on his side, although he is no longer the President and she should not have a sense of duty.