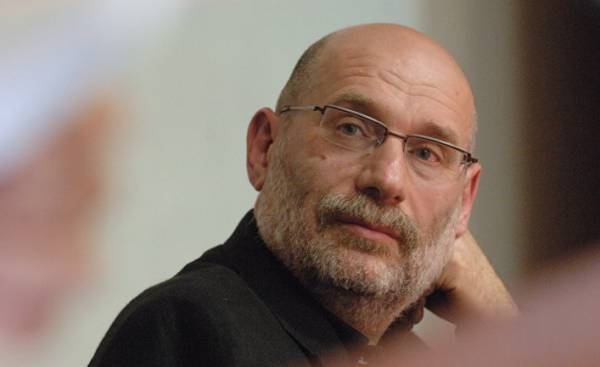 Uvarov’s triad of “Orthodoxy — Autocracy — Nationality”, as is known, was developed as a “Russian response” to the triad of the French revolution “Liberty, Equality, Fraternity”. Nicholas I was convinced that the Russian triune formula will provide stability to the country and will protect it from shocks and disturbances.

Putin’s Russia our eyes moves quite the same way that Nicholas. The current “buckles” sounds no sillier than the then “stolpestad”. We are talking about the same thing — that holds does not crumble.

For nearly two centuries has changed the realities and terminology, but not the essential content.

“Freedom — Equality — Brotherhood” in its current form is the three sacred values of the Western civilization: freedom of thought and speech + democracy + empathy.

The triad “Orthodoxy, Autocracy, Nationality” was modified to a much lesser extent, simply because of purely ideological conservatism of this system.

By “Orthodoxy” in General, refers to the same as in 1834: not faith and not adherence to Christian precepts, and unanimity, which was strictly guarding the state and the Church. In 2017, a Russian court has recognized the “denial of Christ” a criminal offense.

“Autocracy” still means personal power of the ruler, not limited to institutions.

“Nation” — the juxtaposition of the lurid obedient “people” naughty “Chaadayev” reformatories in populism, contrasting the conventional “Uralvagonzavod” “the fifth column”. But the methods remained the same: using the instincts of the mass consciousness, ultimately bulgariavarna propaganda rhetoric, cautious attitude towards education.

Exactly the same remains and the moral justification of being reactionary: all of the victims brought for the sake of stability and to prevent the “Maidan”.

It is noteworthy that the traditional Russian triad cannot replace any of its components to some component of the other set.

May not be the formula “Freedom — Autocracy — Nationality” (soon everyone will scream that the king is naked).

May not be the formula “Orthodoxy — Democracy — Nation”, because fair elections and the turnover of power will immediately end the agreement, and officialdom.

And “Orthodoxy — Autocracy — Brotherhood” is also not fused. In the state where there is forcibly engrafted unanimity reigns Supreme “vertical” empathy does not happen. Every good work is broken down on red tape, bureaucratic corruption, distrust of any uncontrolled initiative. So everything, for what undertakes such a state, goes to inhuman.

It is clear that for a long time the ultra-conservative design to keep are not able — because it hinders any development: thoughts, society, education.

Even in the XIX century, when time moved a lot slower, Uvarov’s ideology had only twenty years, and we remember how it ended — the Crimean catastrophe.