Tuesday on red square in Moscow held a traditional military parade of the Russian army. As Russians celebrated the 72nd anniversary of the defeat of Nazi Germany in world war II. Due to bad weather was cancelled, the aviation part of the parade. We showed a demonstration of Russian troops from comments of experts in the program “Shootout” iDNES.tv.

The parade of the Russian armed forces, which began at nine o’clock, said military analyst Lukasz Vikingr. “This year the Russians will show military equipment for the Arctic,” — said before the parade, Wisinger.

According to him, in the Moscow parade participation took ten thousand men and women, 114 units of automotive and tracked vehicles and 72 of helicopter and airplane. “It’s kind of theater, but people like it: it gives them pride. Of course, the calculation is done and in the abroad”, — said the analyst.

As reported by the media, the Moscow celebration of the victory will cost more than half a billion rubles (about 220 million kroons), although from the point of view of the number of tanks and other equipment present Moscow parade is the most conservative over the last three years.

Calculations March under the orchestra performing the Russian Patriotic and marching works. “Shows the most modern equipment. But do not think that it looks like the whole Russian army”, — said the expert.

Wisinger explained that in recent years, the Russian army successfully reformed by defense Minister Sergei Shoigu. According to experts, the need for reforms has arisen after in 2008 during the invasion of Georgia having problems. “Now new technologies and tactics are being tested in Syria,” — said Vikingr.

Kolář: “Russia — a colossus that stands on feet of clay”

The second guest of the program “Shootout” was a former Ambassador of the Czech Republic to Russia Petr kolář. According to him, Russia is a colossus with feet of clay, which has a lot of internal problems. “The economic situation is bad. And it’s not even a consequence of the sanctions,” said Kolar.

“The main role is played by the fact that a barrel of oil costs 50, not one hundred dollars. Russia is not expected”, — explained the former Ambassador to Moscow, noting that some of Russia’s attempts to modernize the economy failed. The main engine of the Russian economy is the extraction and export of raw materials and production of weapons.

“Outwardly it is not so noticeable, but I think the recent issues that grow in Russia are already starting to motivate members of the public to intensify,” warned target about the problems of, for example, in the area of services. For example, he said that some Russians do not trust the domestic health care. “If you are wealthy Russians, and you have a sore tooth, you will prefer to fly to Munich,” said Kolar.

But the position of Vladimir Putin’s regime is still stable: trust him about 80% of the population. “We have been there, too, saying, the king of justice, and his associates — the scoundrels,” commented target the thinking of ordinary Russians. “Modern Russia is still on the way of political assassinations,” he recalled about the murder of opposition leader Boris Nemtsov.

According to Kolář, to unite the people, Putin needs an external enemy. “He is satisfied with the relationship with America, because for ordinary Russians, say, 80% of citizens who still support their President, America and NATO have remained bitter enemies,” said Kolar.

He noted that the Russians can’t rely on an Alliance with China. “The Chinese are very pragmatic and very business merchants,” said Kolar. He recalled how, after the introduction of Western sanctions Putin had to find a new market for Russian raw materials and commodities, as China took advantage of the situation and brought down the prices of them, including their own benefit.

China is Russia’s big problem, especially in desolate Siberia, where the Chinese go, and the Russian was getting smaller.

With regard to sanctions against Russia, the target tells Europe to follow the U.S. example. “The new us Ambassador to the UN said, “Yes, we will lift the sanctions as soon as Russia will return Crimea to Ukraine””. According to Kolář, the important thing is what position Ukraine is in the issue of Donbas and annexation of Crimea.

Chamber: “in recent years In the Russian army the mark of the occupier”

The last “Shootout” was editor of the foreign section of the newspaper MF DNES Lubos Palata. “After the occupation of the Crimea, I perceive differently the parade. This is not a parade of the country, which in 1945 with the victory finished the Great Patriotic war”, — shared his thoughts Chamber. Commenting on the postwar enslavement of Europe, the journalist noted that, for example, poles and Hungarians do not celebrate this holiday.

“What happened in recent years, puts the Russian army the mark of the occupier,” said Ward. In the parade he identified the participation of military youth. According to the journalist, it is a sign of the militarization of the Russian society. In modern Russia’s army is very favored. “Army is much stronger than it was in the Yeltsin era. Russia invests in large funds,” — said the editor.

We are talking about Russia’s relations with Ukraine. The chamber described the situation in the Donbas undeclared war. “There continues to receive Russian weapons. Without Russia, the local separatist regimes would not have lasted, — said the journalist. — A kind of normalization of relations is possible only if Russia will leave Ukraine East Ukraine and will respect the Minsk agreement”. An unresolved issue is the Crimea.

As for the European Union, according to the Chamber, nothing heralds the lifting of sanctions. The role played by the USA, where there is no signal about the change of approach to Russia.

The situation in the Russian regime, according to the journalist, it is difficult to evaluate: the Kremlin is closed. “Some recovery in the ranks of the opposition is apparent only in large cities,” said the editor, noting that Putin has restricted the free flow of information to the majority of Russians. 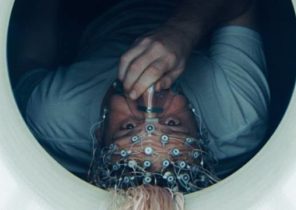