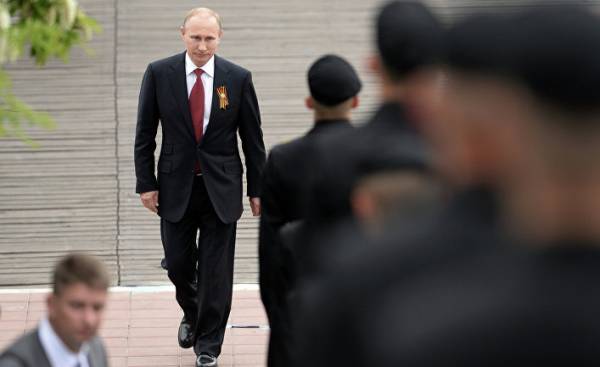 “Do the Russians want war? Ask you to silence” — I remember a pleasant baritone, often sang this song on the radio during my Soviet childhood. In the song this question was given the answer: “No.” And, unlike many of the things that was said then on the radio, it was true. In the 1960-ies Russians definitely did not want war. But today these same people and their children and grandchildren almost unanimously welcomed the seizure of Crimea — territory that belonged to Ukraine — Russian troops.

The deployment of troops anywhere is for Russia something fundamentally new. So, in 1953, it introduced its troops in Berlin, in 1956 in Budapest, 1968 in Prague, in 1979, in Kabul, in 1994, in Grozny, in 2008 in Georgia. But never about this, never used such widespread euphoria as now. I well remember the invasion of Afghanistan. Our school band — the school we taught weekly basic military training — on this occasion once again got drunk, and my classmates said, “they’ll leave us alone”. However, some of them later came to Afghanistan.

Dead soldiers Home brought in the closed zinc coffins. Years later zinc coffins came from Chechnya — this thread is stopped only ten years ago. However, Russia seems to have forgotten what war is. For knowledge about my homeland paid the 20 million victims of the Second world war. And it took a few decades of lying to “erase” from the people this knowledge.

If the majority of Russians in something and believes it is not exactly in Lenin, not in Jesus Christ and in the Holy Russia — Russia believes in the war. The great Patriotic war in Russia called the Second world war — this Russian Shrine, but at the same time it is the result of manipulation and fraud. Although in reality the war started with the partition of Poland between Hitler and Stalin in September 1939, in Russia the beginning of the war is considered to be other date: June 22, 1941, when it happened, as I wrote about this in textbooks, “vile” Hitler’s attack on its ally — the Soviet Union.

I was not able to learn personally of his grandfather Lazarus. He participated in the war against Nazi Germany. At the front soldiers lived in mud huts. Once next to the dugout, where my grandfather, the shell blew up and he died. His son — my father — was six years. Over the next 70 years may 9 — in the official Victory Day — he quietly remembered his father. Drank vodka or showed me a picture of Lazarus on the bookshelf. Like many other Soviet citizens, we did not believe in filled with meaning and justice, clean and aesthetically beautiful war, which was portrayed by the state propaganda.

In 1974, a man died who were sent to their deaths, perhaps more people than any other Russian people in the days of mass murders — the Soviet Union Marshal Georgy Zhukov. Today it is revered as the Savior of the Fatherland and a military genius who conquered Berlin. The secret of his art of war Zhukov once shared with his us counterpart, General Eisenhower: “When we come to a minefield, our soldiers fled into the attack, as if it was not.”

Shortly thereafter, Joseph Brodsky wrote one of his best poems — “On the death of Zhukov”. By the time the future winner of the Nobel prize for literature for two years he lived in exile, and death of Marshal forced him to remember a military tragedy of their homeland. The Soviet people became victims of a ruthless aggressor in the face of Nazi Germany, but at the same time, and victims of their own inhuman state. The first enemy they said, “appreciated”, but the second the enemy overwhelmed them. Even Zhukov had to live in the expectation that Stalin ordered to shoot him, like many other generals. Back in Moscow, he and his soldiers back in awe. This “Russian fate” Brodsky clothed in a quatrain:

“Go to sleep! In the history of Russian page is enough for those who are in the infantry ranks safely entered the capital of others, but back in awe at her.”

This fear was more than justified. Just two weeks after the war, Joseph Stalin declared the great Russian people and its leadership winners. Real soldiers, whether Russian, Ukrainian or Jewish, as my grandfather did not fit with their physical and emotional wounds in this embellished picture. Because they knew exactly what really was the war and life in Europe. Those who fell into German captivity, after the return home went straight to the GULAG.

The other “suspicious” returnees faced “only” difficulty in the future, a peaceful life. And people returning from war with injuries, was considered a living reminder of the truth about the war. Disabled veterans were forbidden to live in major cities — most of them were resettled to the Northern Islands, where they were in virtual isolation for dead.

In Soviet times, Victory Day for 20 years was not a day off. Only then, when many of the soldiers of the Second world already dead, began a cult of the great Patriotic war. We, the students, talked about “people-winner” and his great leadership. In front of us were “safe”, pre-approved by the appropriate bodies of the veterans. In history lessons we studied the military memoirs of the Chairman of the Central Committee of the CPSU Leonid Brezhnev. In the years of anniversaries of the victory in large and small cities military parades were held. In Moscow on Red square on this occasion were taken even Intercontinental missiles capable of carrying nuclear warheads.

After the collapse of the Soviet Union large-scale events were not conducted, but in the course of the war in Chechnya, the tradition of military parades resumed, at first in the “small format”. In the immediate vicinity of the Kremlin, a monument to Marshal Zhukov and red square were soldiers-veterans. In 2008, the parades were again to demonstrate heavy deadly technique, and since then, military parades are held annually with the former Soviet scale.

Now Putin brings to an end what began with Stalin and Brezhnev. Methods of manipulation of public consciousness has become much thinner. So, in 2005, propaganda news Agency RIA “Novosti” organized the campaign “St. George ribbon”. Hundreds of thousands of black and orange stripes were distributed to passers-by, who was tied on clothing or on the car antenna. Members of Pro-government youth organizations pasted on the rear window of their cars stickers with an inscription “To Berlin!”, as once the Soviet soldiers wrote on the tanks that fight to the death, sent Marshal Zhukov.

Initially it was the color of the order of St. George the times of Imperial Russia. However, this action gradually turned into a nationwide movement, and soon those ribbons become worn and presenters on state television. Since this pompous campaign is repeated every year. Up to the present time for the state account were produced and distributed more than 50 million “ribbons of St. George”. In 2008 they were used for propaganda purposes during the war against Georgia, and now are a Central element of the secret war against Ukraine. Pro-Russian militants over them with their camouflage uniforms or tied to the butts of their Kalashnikov rifles.

The abuse of military theme to promote in Putin’s Russia, went even further than in the Soviet Union. So, for the “public discrediting of the days of military honor” entails a punishment of up to one year of forced labor. The relevant law was adopted by the State Duma soon after the annexation of Crimea. And those who are engaged in spreading “lies” about the actions of the Soviet Union during the Second world war, threatening up to five years in prison. Thus, the one who would dare to say that the Red army committed war crimes, go to jail.

“Women, mothers and their daughters, were lying everywhere — on the left and right sides of the street, and before each stood a crowd of laughing men with their pants down. Children hurrying to the aid of their mothers were shot. And the commander just stood in the middle of the street, some of them smiled, some gave their soldiers tips. I felt like I was getting worse and worse,” recalled a former Soviet officer-radio operator Leonid Rabichev events after the entry of the red army in East Prussia. I wonder how would act in this situation, my grandfather Lazar. I hope he would be one of the numerous soldiers, detained the looters and rapists. But by that time Lazarus had already died.

Today the “Great Patriotic war”, with heritage the Kremlin has for decades justified the private mode is designed to legitimize the war against Ukraine. Putin stole from my grandfather to his death in the war, slandering Ukrainians and calling them “fascists”. Thus millions of the fallen in the war soldiers were selected for their victory over these fascists — it was forwarded to the brats of the “Pro-Kremlin youth”, “decorating” their cars with the words “Thank you grandpa for the victory!”

Georgy Zhukov held their own “autumn of life” in exile at a dacha outside Moscow. For the Kremlin bureaucrats, he was too strong a competitor, and they kept him away from himself. Joseph Brodsky presented Marshall as a figure of ancient values. If the bugs in the Underworld met with the soldiers he sent to death, what would he have told them? Brodsky Marshall briefly said, “I fought.” President Putin and his entourage do not know what it means. The tragedy of the war, they turned into a cynical farce.

Propagandists and their “volunteers” from the people screaming: “We are the heirs of great Victory!” But in fact they are only petty thieves win. They adorn themselves with ribbons of the orders of fallen soldiers, because they themselves are nothing. Joseph Brodsky, who lived in exile, asked why he even began to sing the Soviet commander Zhukov, to which he replied: “There is simply not enough about anyone at all can write poetry.” 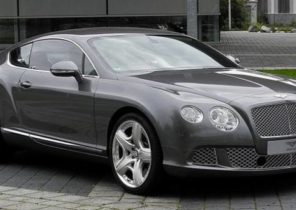 PHOTOFACT. How the Russians camouflage their expensive cars in Ukraine