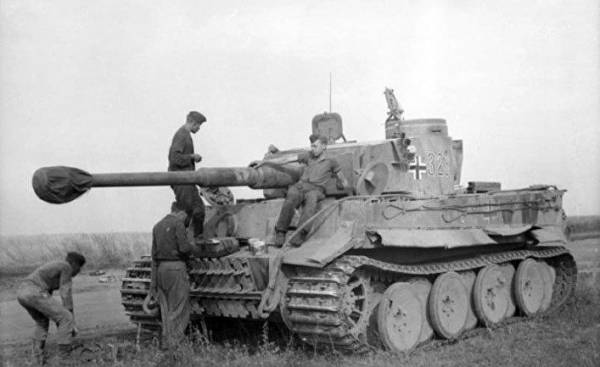 The Germans lost world war II because of the “appalling inefficiency” due to the fact that their tanks broke down constantly. This is stated in a new book written by historian James Holland (James Holland).

Unlike Germany, Britain and America much faster and in larger quantities did tanks and planes, and their technique in combat was much more reliable.

It’s controversial new thesis, debunks the “myth” of effective and well-equipped military machine of the Nazis, which is supposedly superior to the British, all made “on the knee”.

According to Holland, the legendary German Tiger tank was a marvel of engineering, but because of the complexity of the design he often broke down. 50% of all tank losses of the Wehrmacht during the war were associated with mechanical breakdowns.

“There is absolutely different picture, which shows that the Germans were frankly inept, and the British with the Americans surpassed them,” said Holland.

“We were much more effective than the Germans in the production of tanks and aircraft, but they proved to be very inept”.

According to him, in the history of the war too much attention is paid to the experiences of individual soldiers of the allies on the fighting capacity of the Wehrmacht, but not considered the shortcomings of the Germans in the system of logistics.

“”Tiger” was a six-speed semi-automatic gearbox with pre-selection to include speed and with hydraulic control, said Holland in the transmission of the Today Programme. — If you put the levers 18-year-old tanker, it will definitely break.”

“”The tiger” was… incredibly complex mechanics he was unreliable, he did not stand in battle, and could only act on short distances”.

The author argues that because Germany had difficulty necessary for the conduct of the war raw materials, she had to destroy all his enemies at the initial stage of the conflict to ensure victory in the war.

“They failed to do it, and the invasion of the Soviet Union was an act of desperation, because there were the Germans needed oil, food and steel”.

The book also contains a refutation of the popular idea that the British excessively relied on American military equipment. The author notes that 31% of weapons that the US used in Europe, they supplied the British.