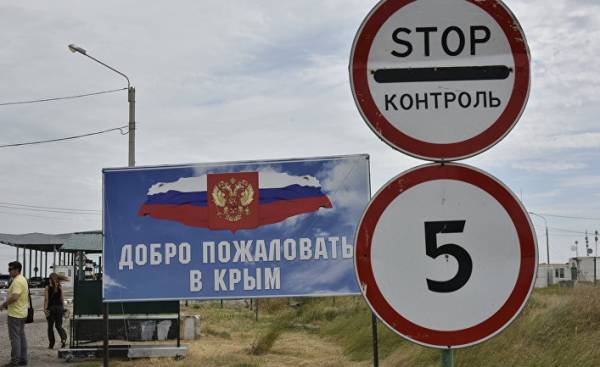 MOSCOW — Several activists are busy trying to light tea candles and place them on the sidewalk in front of the Embassy of Ukraine in one of the alleys in the centre of Moscow.

Around them a small group of photographers with Russian state television, they need to capture the action.

Candles — part of the memorial events, dedicated to the 42 Pro-Russian activists killed in early may 2014 during a fire, when burned the House of trade unions in the Ukrainian city of Odessa.

All together, the candles are in Russian the word “remember”, but Muscovites who came to remember the victims, a little bit.

A small group of activists from Pro-Kremlin organization “Anti-Maidan” gets reinforcements in the face of the three organized columns, consisting of several hundred young people, most with a single red carnation in hand.

They walk past the photos of the victims, laying flowers and hurry to leave. No one says no speeches, and the whole action took only a few minutes, leaves the impression of an organized benefit performance for television, which obtained footage for the evening news.

The fact that the event was disappointing so few participants, however, do not care, Anton Demidov, representing the “Anti-Maidan”, the name plays with the title of the Ukrainian independence Square in Kiev, where there were large demonstrations, led by Pro-Western regime change in 2014.

“How many people are involved in demonstrations — is not important. Even if one person came. It is important that those responsible were punished”, — he said.

Anton Demidov believes that the action will receive the support of Ukrainians who want an understanding with Russia in the future.

“In the end our fraternal Ukrainian people will run the Kiev junta,” he says, referring to the government of President Petro Poroshenko, whom Russian propaganda is often characterized that way.

In this situation, there is nothing that would indicate that between the two countries and their peoples, there are some signs of convergence.

The Russian occupation of the Crimea in the spring of 2014 and followed her military actions in the Donbas region, where Moscow supported Pro-Russian rebels, had devastating consequences for Russian-Ukrainian relations, it is hard to find some sphere of life, which could not be used in the duel of the two States.

• In February 2014, President Viktor Yanukovych after mass demonstrations in Kiev and fled to Russia.

• In March of the same year Russia annexed the Crimean Peninsula. Moscow supports separatists in two breakaway republics in the East of Ukraine.

• IAC 2014, the elected Ukrainian Pro-Western Petro Poroshenko as the new President of the country. Most of the citizens of a country seeking integration with the EU.

• The West imposed sanctions against Moscow in order to end the conflict, but the fighting in Eastern Ukraine continues.

One example of this is the European song contest “Eurovision” which will take place in Kyiv on may 13.

Last year the competition was won by Ukrainian singer Jamala, followed with a very small margin followed, in particular, the Russian party. Victory Jamala provided the voice of the international jury, which was perceived by Moscow as a specially organized, Western-backed action.

This year the participant from Moscow Yulia Samoilova was denied entry to Ukraine because she acted in the occupied Crimea, as a result, Russia is now boycotting the contest.

In Ukraine banned Russian TV channels and restricted the import of books from Russia.

In Russia in retaliation descended on Moscow Ukrainian library, the head of which runs the risk of being sentenced to a lengthy prison sentence for distributing “extremist literature”. Ukrainian film Director Oleg Sentsov was sentenced to 20 years in prison in Russia in connection with the case, which was criticized in the world.

Trade between the two countries also suffered severe damage: before the war, trade with Russia amounted to more than 30% of foreign trade of Ukraine, now the figure has fallen to less than 10%.

Between Moscow and Kiev has no more direct flights, transportation of goods like trips, and trucks repeatedly subjected to various kinds of restrictions, and the Ukrainian Parliament threatening to introduce a visa regime.

Different opinions about the neighbor

For millions of Ukrainians in such large cities as Kharkiv, Dnepropetrovsk, Odessa and Kiev, native language — Russian, many close family ties with Russia, and in terms of culture they are oriented to the East.

According to some estimates, in Russia from two to three million Ukrainian migrants; in spite of the enormous decrease of trade turnover, Russia is still the largest trading partner of Ukraine.

So the question of how deeply the controversy has penetrated into the midst of the peoples of both countries, opened.

According to the survey conducted by the independent Levada Institute, Ukrainian support for independence among the Russian population in the last 10 years is growing, not declining.

At the end of 2016, 63% participated in the polls of Russians voted for Ukraine “as an independent country with strong and mutually beneficial good-neighborly relations with Russia,” while 27% believed that Ukraine should be “under economic and political control of Russia.”

In Ukraine, too, is not such unanimity, than one would imagine: an international survey conducted last year showed that 33% of Ukrainians would prefer the crisis to see as a partner of the United States, while 31% pointed to Russia as the preferred partner for alliances.

And probably channels in the neighboring country is willing to keep open not only the people in the street.

Last week a well-informed Moscow daily newspaper “Kommersant” was told that Vladimir Putin and Petro Poroshenko secretly continue active telephone diplomacy, while the differences are great and official contacts between the two countries is minimized.

“The presidents not to publicize these contacts, not to become objects of harsh criticism”, the paper wrote about the last conversation between the Kremlin and Kiev.